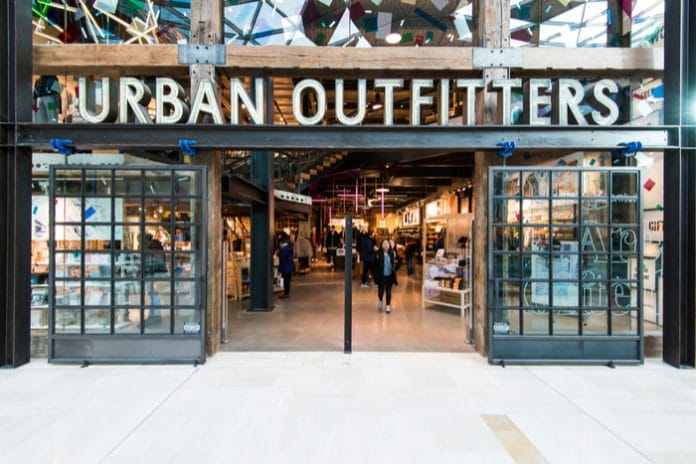 Urban Outfitters has revealed another year of declining sales as young shoppers increasingly turn away from the fashion retailer.

In the three months to the end of July, Urban Outfitters reported a 4.9 per cent drop in like-for-like sales in stores that have been open more than a year.

This marks the steepest decline in seven years.

The Philadelphia-based company, which trades from around 25 stores in the UK, also revealed that net sales dropped by two per cent to $873 million (£678 million).

Net income plummeted more than a third to slightly below $50 million (£38 million) after a rushed sales process to clear its inventories.

This hasty discounting ate into the retailer‘s margins during the quarter and has cast doubts over its turnaround strategy.

Anthropologie, which is also owned by Urban Outfitters alongside Free People and is the company‘s biggest revenue source, also struggled in the quarter.

It saw same-store sales drop by four per cent alongside its sister company Urban Outfitters‘, which dropped 7.9 per cent.

“The customer is also telling us in no uncertain terms the apparel and accessory offerings are currently off-pitch,” chief executive Richard Hayne said in March.

He added this morning: “While we are disappointed in our second quarter performance, we have a number of initiatives underway including: speed to customer, international growth, wholesale expansion and digital investments.”