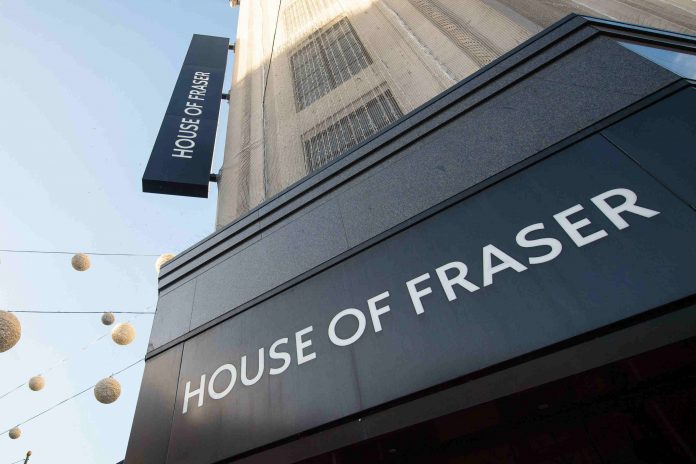 The news comes as the parent company of Hamleys, C.banner, entered into a conditional agreement with House of Fraser parent company Nanjing Cenbest to acquire a 51 per cent stake in the business.

C.banner’s investment is also conditional on House of Fraser restructuring its store portfolio via the CVA which is expected to be unveiled at the start of June, including details of any possible store closures and whether job cuts would be made.

Meanwhile, House of Fraser’s CVA is subject to creditor approval and the store restructuring is expected to conclude in early 2019.

House of Fraser chairman Frank Slevin said the latest developments for the business would help secure its long-term future and that C.banner’s investment was a “vote of confidence”.

“C.banner’s acquisition of 51 per cent of House of Fraser, together with the new capital and restructuring, represents a step to securing House of Fraser’s long-term future,” he said.

“With the support of Nanjing Cenbest and Sanpower, [chief executive] Alex Williamson and his team have made substantial progress on our transformation journey.

“However, we need to go further and faster if we are to confront the seismic shifts in the retail industry. There is a need to create a leaner business that better serves the rapidly changing behaviours of a customer base which increasingly shops channel agnostically.

“House of Fraser’s future will depend on creating the right portfolio of stores that are the right size and in the right location.”

He added: “We also know that if we are to deliver a sustainable, long-term business then we need to make difficult decisions about our underperforming legacy stores.

“I am all too aware that this creates uncertainty for my colleagues in the business and so we will be transparent with them throughout the process.

“These measures are essential to ensure that House of Fraser remains an iconic department store group for many years to come.”

Nanjing Cenbest has been looking to offload some of its 89 per cent stake in House of Fraser since March, and at one stage was in talks with Wuji Wenhua, a Chinese tourism company, to sell off the same stake that has now been acquired by C.banner.

Sanpower has also already pumped £30 million into House of Fraser and its leader has said it is committed to turning the business around, but speculation about a possible CVA emerged when the retailer called in KPMG last month to discuss a restructuring strategy.

In February credit insurers cut ties with the retailer, refusing to cover its suppliers over fears it could go under.

This prompted the department store to hire Rothschild to help it restructure its £400 million debt pile.

House of Fraser’s CVA plans comes amid a dark year for UK retail so far, with Mothercare and Poundworld also mulling one, while Carpetright, and New Look push ahead with large-scale store closures and job cuts. 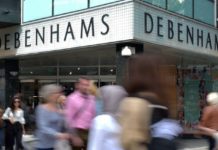 Debenhams reaches deal to keep most stores open; but 7 will shut