Coupe said while the UK is “not going to starve as a nation”, everyday items that people took for granted could be impacted in the event of a no-deal, Sky News reported.

Speaking on Sky’s Ian King Live show, Coupe criticised the Brexit deadline of October 31, saying that it came in the run up to Christmas, which is when the supermarket’s distribution centres are “already creaking at the seams”.

On Friday, Co-op chief executive Steve Murrells also told Sky News that a no-deal would leave “gaps on the shelves”.

“Of course in the run up to Christmas if you were choosing a date, 31 October isn’t particularly helpful because our distribution centres are already creaking at the seams.

“Whilst there are lots of things that we can do and will do to mitigate the potential impacts there are a lot of things we don’t know about and there will be knock on effects.

“We are not going to starve as a nation, that’s for sure, but things that people take for granted, everyday items, potentially will be impacted by a no-deal Brexit.

“It will undoubtedly have a knock on impact in some of the fresh food supply chains that we operate.” 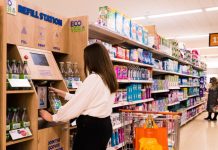 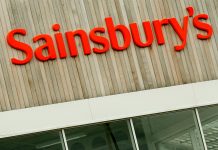