Mahmud Kamani and Carol Kane founded Boohoo in 2006 in order to compete with other high street retailers.

This week they sold 50 million shares worth £142.5 million in cash as the fast fashion retailer’s stock price hit a record high of 315.5p last week.

READ MORE: Boohoo upbeat for rest of the year after “record” Black Friday

Kamani now holds a 13.1 per cent stake in the business, Kane a 2.7 per cent, although both have promised not to sell more shares for 18 months without the firm’s permission.

Both said the sell-off was for “personal financial planning”.

The sale comes days after Boohoo hailed a strong performance since August and a record Black Friday weekend for trading.

In a trading update earlier this week, Boohoo noted it had “successfully integrated” a number of retailers it has been acquiring onto its platform.

Boohoo also purchased Karen Millen and Coast out of administration in August, before shutting their 32 retail and stores and launching the brands online in October.

It has also previously hailed “rapid” sales for MissPap, an online retailer that it acquired in March.

Boohoo – which also owns PrettyLittleThing and Nasty Gal – said its warehouses have had a strong operational performance as they prepare the busy Christmas period. 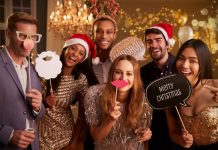