Complaints made by leading supermarket chain Sainsbury‘s have led to TV adverts from electricals retailer Dixons being judged as misleading, it emerged today.

Instead of the price reduction highlighted in the ads relating to the most recent previous price it was based on a pricing of that product from a specific point in time, in two out of the three instances, to a sale price for the product which was more than six months old.

Sainsbury‘s argued that this could make consumers misunderstand that the actual savings on offer, especially compared to competitors, but Dixons responded that the date of previous pricing was shown in small print during the ad and that the code of practice written up by the government‘s Department for Business, Innovation and Skills (BIS) allowed for these types of promotions.

The ASA conceded that BIS Pricing Practices Guide was not binding on retailers but did allow for comparisons of more than six months old but they should not misrepresent actual savings.

A statement from the ASA read: “A previous higher price used as a reference price must be a genuine retail price, having regard among other things to the likelihood of sales at that higher price. The burden of justifying the reasonableness of a price comparison was on the trader.”

In one of the ads, a 42-inch TV was labelled with “£379 save £420” referring to a original sale price of £799 which applied in April 2010 despite the immediately previous selling price, which had applied for seven weeks previous to the offer, standing at just £479.

In its judgment the ASA also said that the explanation of how the discounts were calculated was written in too small a print and visible for too short a time, around seven seconds, for consumers to fully understand it.

“We considered that whilst there was a benefit in consumers being able to see how prices had fallen significantly over a longer period,” the ASA continued.

“The overall impression of the ads was such that the likelihood in the case of at least two of the products was that the viewer would assume that the higher price was the normal or immediately previous selling price, rather than one which applied many months earlier.

“We concluded both ads misleadingly exaggerated the savings available.”

Dixons has been instructed to ensure its future price comparison promotions are not misleading. 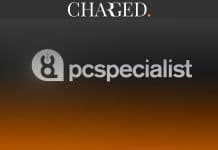