We‘re all familiar with the saying ‘the left hand doesn‘t know what the right one‘s doing‘, which is generally taken to mean a breakdown in communications between two parts of the same organisation.

For major retailers, ensuring consistent, efficient, effective communication of corporate tasks between central and regional management and store staff across hundreds of locations is a major, daily challenge, as is the ability to monitor the completion of these tasks.

At best, failure by store staff to complete corporate tasks can result in inconsistency between stores, for example, in merchandising. At worst, it can result in faulty or dangerous product not being removed from the shelves in the event of a product recall.

To try to prevent this, central and regional management often spend a disproportionate amount of time issuing and following up ‘actionable communications‘ to ensure that they have been received and acted upon.

The majority of traditional communication between head office and stores is by email. OK, so sending a quick email is no biggie. However, then consider that a single email takes an average of five seconds to read and digest and, that, in the case of one major retailer, the head office team was sending an estimated 663,000 emails to stores each month. That‘s more than 11,000 hours per annum!

In the case of another retailer, operational communication was historically sent to stores through more than 20 different channels and was not targeted, requiring recipients to review all communication to identify whether it was relevant for them – according to a survey of store managers, simply obtaining task information using this system could take anything up to an hour a day.

In order to improve the efficiency of corporate task management, an increasing number of retailers are therefore recognising the potential of execution management technology to effectively bridge the gap between head office and sales and service channels.

And it works. Following the implementation of an execution management solution, the first retailer mentioned above achieved a 79 per cent reduction in the number of emails sent by head office and increased the completion of corporate tasks from 65 per cent to 90 per cent. In the latter case, communication has been reduced by 25-35 per cent, freeing up 1,800 store management hours per week. And according to one store manager in the US, a combined workforce and execution management solution also saved his marriage!

By automating the delivery of actionable communications, providing visibility of task completion and, equally importantly, providing a mechanism for the soliciting, gathering and analysis of feedback from stores, retailers can significantly improve the efficiency of both their communications and operations. 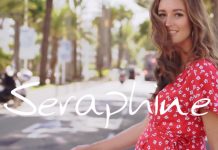 Seraphine shares fall by over 60% on back of profit warning