Retail property specialist Capital Shopping Centres (CSC) is aiding the launch of the first ever retail store for charity Help For Heroes as it celebrates its fifth anniversary, it has been announced today.

Opening at a shopping centre at St David‘s in Cardiff, the store will raise money for the charity, which was set up to raise money for soldiers who are wounded, injured and sick, to aid veterans and their families in the aftermath of war.

Offering a branded range of new merchandise such as hoodies and T-shirts, the store will be run by the Help for Heroes Trading division and aims to appeal to the 39 million shoppers passing through St David‘s.

Paul Rooke, Group Operations Director for Moss Bros, said: “Moss Bros has a long history of supporting our armed forces, dating back to WWII when the stores were used to supply uniforms to the military.

“Moss Bros are keen to honour our courageous troops and have donated the shop fit for the first ever Help for Heroes store as the headline support initiative for the charity in 2012.”

Part of a 12-month partnership between CSC and Help for Heroes, the move is set to be followed by additional openings allowing the charity to build a presence in other CSC centres such as Lakeside.

Welsh rugby player Ieuan Evans will open the new store on Friday September 12th 2012 in recognition of the “tremendous support” that the country has shown the charity since it began.

Joanne Skilton, Retail and Leasing Director for Capital Shopping Centres on behalf of the St David‘s Partnership, said: “All our retailers play a valuable role within our centres but it is especially rewarding when we are able to use our scale and expertise, as well as that of our tenants, to pull together to help support a cause such as Help for Heroes.

“Given the increased awareness of the incredible people Help for Heroes supports – which was particularly evident during the Paralympics – we are sure that the store will trade well within St David‘s and we would like to wish them a very happy 5th anniversary.” 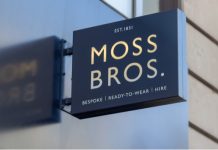 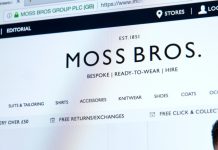