Online grocer Ocado has today announced the launch of new software aimed at stealing online shoppers from competitors including Waitrose.

Seeking to “put the control back into the hands of the consumer”, Ocado is to use technology allowing customers shopping online to important their list of ‘favourites‘ from Asda, Tesco, Sainsbury‘s or Waitrose to the ocado.com site, transporting their data to allow preferred products to appear in their ‘favourites‘ tab before adding them easily to baskets.

Such a move is “a UK first”, the grocer said, and is the latest move from a leading supermarket chain aimed at enticing consumers seeking value for money at a time of low consumer confidence and strained budgets.

Ocado has caused controversy in recent weeks over its tie-up with leading grocer Morrisons which will see the latter use its technology, logistics and distribution operations to launch a long-awaited online food offering, potentially jeopardising Ocado‘s long-term partnership with rival Waitrose.

He commented: “We are giving shoppers more choice and more freedom, ruling out the need to start from scratch when doing their weekly shop.

“We know online shoppers want to try Ocado, but feel trapped as their favourites are stored with their current supermarket – with this initiative we are giving the power back to the customer.” 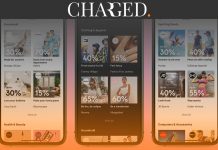 John Lewis‘ JLAB is back for a second year Adidas is no longer on the bench New app Givvit allows users to give a little more