A large majority of its 10,480 Twitter mentions were associated with its ‘happiness flag‘ featuring over 200,000 selfies from all 207 markets where Coca-Cola products are sold.

It beat second placed Sony who had 3,600 mentions.

The 11,800 sq ft digitally-produced flag was formed of 192 nylon fabric panels and was developed by Brazilian street artist Speto and Argentinian artist Tec.

“Football has an incredible power to bridge social, cultural and geographical divides and “The Happiness Flag” is the perfect illustration of this power, creating a shared experience for people,” commented Emmanuel Seuge, vice president of global alliances and ventures at the Coca-Cola company.

Sponsors such as Adidas, Coca-Cola, Hyundai-Kia, Emirates, Sony and Visa have spent between £8m-£120m to be associated with the two biggest global sporting events (inc 2022 Qatar World Cup.)

1.9m tweets mentioning the World Cup have been posted in the last 24 hours. 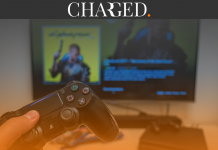