London‘s Oxford Street and Regent Street was taken over by the most prestigious magazine last night as Vogue hosted their annual Fashion Night Out. In its sixth year the stylish shopping event teamed up with top retailers ranging from high street to high end and department stores with many offering goody bags, presentations with Vogue editors, exclusive in store offers and complimentary manicures.

Vogue interestingly decided to host this event in the middle of Paris Fashion Week. Editors of the magazine and fashionable celebrities were on hand to offer fashion advice to the happy customers. The free London fashion event came straight after the exclusive London Fashion Week making the industry more accessible to Vogue readers.

Millie Mackintosh was at House of Fraser showcasing her new clothing collection whilst Radio 1 DJ Jameela Jamil DJ‘d on the ground floor. The Radley dogs also made a lovely appearance at the department store.

British beauty Daisy Lowe took the decks at Uniqlo and came out from the DJ booth for a final song to dance with the shoppers. Bip Ling was DJing at H&M and Mr Hudson was on the decks at Hugo Boss. Model Suki Waterhouse posed with Burberry customers in their flagship Regent Street store. Suki opened and closed the Burberry show at London Fashion Week and her first feature ‘Love, Rosie‘ is released on the 22nd of October.

Window displays were adorned with the Vogue logo and live models posed in windows. Magician Troy Von Scheibner performed magic tricks in the window of French Connection with the help of ‘Made In Chelsea‘ star Rosie Fortescue.

Perfect 10 Minis were parked up offering quick Essie manicures and Wah nails were at Selfridges along with designer Henry Holland.

Vogue Fashion Night seemed to be a success, many travelled specifically for the event as well as the popular foot fall on the Oxford and Regent Street getting an unexpected stylish surprise. The enticing window displays and special offers was a real treat for Vogue readers and fashion lovers. 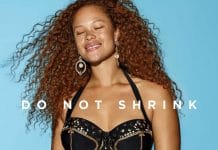