Following a similar move in the US last year, Instagram users across the UK may have noticed ads from several well-known brands appearing in their feeds.

Photos and videos can be recognised as advertisements by the “sponsored” label in place of time stamps in the top right hand corner. Control over Instagram feeds will still be available, with the option to hide ads that aren‘t of interest and the choice of providing feedback so as to be served more relevant ads in the future.

Instagram‘s raison d‘Ãªtre is to connect and inspire a community, so the advertorials have been designed to be seamlessly integrated with the Instagram experience. They are reminiscent of the high-quality ads seen while flipping through high-end magazines but with a far more authentic feel.

The image based platform is an inventive outlet for brands to promote their campaigns. Based on its ‘Love Food‘ promotion, Waitrose for example, is posting shots of “deliciously messy” cookery says Quarles.

“Images are fast becoming a primary way that people communicate – both the everyday and the spectacular. Our aim is to help brands create ads that feel as natural to Instagram as the photos and videos people already share and enjoy.”

Instagram has already seen brands approach advertising in innovative and creative ways since the US launch in September 2013. These include Burberry, Ben & Jerry‘s, Levi‘s, Adidas, McDonald‘s, Disney, Mercedes, Samsung and Coca Cola.

Instagram was launched as a free iPhone app in October 2010, allowing users to apply visual filters to their photos in order to enhance, edit and subsequently share them with others. The app became accessible on Android smartphones in April 2012, not long before Facebook agreed to buy the company for $1bn. Instagram now has more than 200m monthly active users. 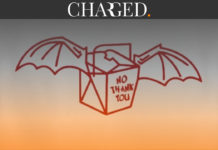 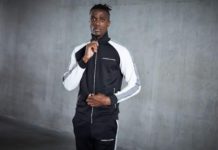