Johnny Coca will be responsible for all of Mulberry‘s collections, including ready-to-wear and will be reporting into chairman and chief executive Godfrey Davis. This morning Mulberry posted on their website that Johnny, originally from Seville, is delighted to take over the reins of this great British brand and develop a new design aesthetic together with the young and talented Mulberry team.

The announcement of Coca does not come as a huge shock to many as he had been widely tipped as a front runner for this position.

Coca will begin his tenure at Mulberry in July 2015, is currently head design director at French luxury brand CÃ©line. He specialises in leather goods, shoes, hard accessories, jewellery and sunglasses.

“I very much look forward to joining Mulberry as its new creative director and to leading a new design direction at one of the very best British brands,” the designer said today.

“He has a wealth of international luxury and fashion experience that will help us bring new energy and innovation to Mulberry,” said Chairman and Chief Executive Godfrey Davis in a statement.

Mulberry has been without a creative director for over a year. Last month, Retail Gazette reported that former creative director Emma Hill left Mulberry in September last year, claiming she‘d had ”disagreements with management over creative and operational strategy.” After Hill‘s departure, the luxury handbag brand which makes their goods in Somerset, was unable to showcase collections in both London and New York Fashion Week – a pinnacle event for fashion brands.

The iconic British handbag brand has suffered a few difficult years with the company issuing their fifth profit warning in two years, sales dropping by 17% and the previous CEO Bruno Guillon being ousted for overseeing the share price falling 67% in the two years he had been in charge. 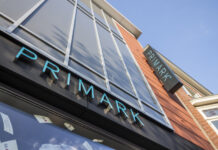