House of Fraser, the British department store, is to launch its first TV commercial in 11 years.

The television advert that airs November 15 with the strapline ‘Be you no matter who‘ aims to put the 80% Chinese owned retailer back on the map during the festive boom of creative marketing campaigns.

It is part of the company‘s £4mn investment in brand building after its acquisition by Chinese conglomerate Sanpower in 2006 costing £480mn. It will also accelerate their international brand exposure after their store opening in Abu Dhabi last year.

The campaign features models talking to camera about their excitement for the festive season, along with their gift lists, and is scheduled to air during The X factor and I‘m A Celebrity… Get Me Out Of Here! this weekend.

House of Fraser director Tony Holdway said: “By showing real loved ones sharing gifts, we‘re positioning House of Fraser as the destination for fashionable gifting no matter who you‘re shopping for.”

The advert was designed by London‘s independent creative agency 18 Feet & Rising, with US casting director and documentary film maker Jennifer Vendetti; known for her ‘street scouting‘ of real people.

It will be their first television commercial since 2003 for the store that currently has 60 sites in the UK and Ireland. Meanwhile, the quality branded retailer have continued to advertise their weekend reductions and seasonal sales. 2008, was the last brand campaign by House of Fraser. It featured Yasmin Le Bon as the face and body of their Spring and Summer collection, and appeared as nationwide posters, single and double page spreads in leading fashion titles and online banners in entertainment and lifestyle entertainments. 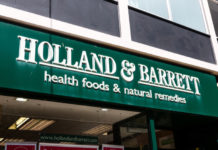