After breaking the record for the highest first-week sales of a debut novel, ‘vlogging‘ celebrity Zoella took a ‘break from the internet‘, which lasted less than 24 hours, following the announcement that she was not the sole author of her book.

Zoe ‘Zoella‘ Sugg, 24, sold over 78,000 copies of her debut novel, Girl Online, in its first week of release in November 2014, but Penguin Random House, publishers of the book, have admitted, “Zoe Sugg did not write the book Girl Online all on her own”.

Sugg‘s debut novel, Girl Online, released in November, is the fastest selling hardback of 2014. Selling 78,000 copies in its first week, the Penguin-published book takes the title of the largest first-week sale for a debut novel, according to the Bookseller, and beats best-selling record holders J.K Rowling and E.L James.

After news of ghost-writers being involved surfaced, Sugg notified her 2.61m twitter followers that, “I‘m taking a few days out and off the internet because it‘s clouding up my brain. Thanks for understanding.” However, Sugg returned to Twitter less than 24 hours later to reassure her fans that she was not leaving Youtube:

“The stuff press write about it literally ridiculous! I AM NOT QUITTING YOUTUBE. Yet again, twisting stuff to gain views. Sad.”

Despite receiving support from TV Presenter Dawn O‘Porter who took to Twitter to say, “Chill with the hate”, reviews of the book on Amazon now include comments such as: “I was considering purchasing this book, but today I have seen that the publishers have admitted that it was ghostwritten. I feel like this is cheating young girls out of their pocket money.”

Girl Online follows the story of an anonymous teenage blogger and her relationship with a pop star, and tackles issues such as “juggling separate online and offline lives” according to Penguin.

Suggs, famed for her Zoella Youtube channel, posts ‘vlogs‘ (video blogs) on beauty, shopping and general advice, averaging 12m views per month. In a statement posted to her Twitter account, the English online personality said, “Thanks for all the positive feedback about Girl Online and for the doubters out there, of course I was going to have help from Penguin‘s editorial team in telling my story, which I talked about from the beginning. Everyone needs help when they try something new. The story and the characters of Girl Online are mine. I want to thank all of you who have taken time to support the book.”

Similar controversy struck supermodel Naomi Campbell after it was revealed that her 1996 novel, ‘Swan‘, was ghost written. Campbell responded by saying, “I just did not have the time to sit down and write a book.” 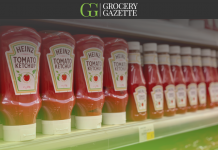