Reminiscent of George Orwell‘s novel 1984, the last few days have seen growing concern over surveillance. This comes after the release of Samsung‘s Privacy Policy and the insinuation that the South Korean company is transferring information to third parties.

“To provide you the Voice Recognition feature, some interactive voice commands may be transmitted (along with information about your device, including device identifiers) to a third-party service provider”.

The statement has been scrutinised by Privacy Groups, leading many to question how intrusive our technology is. Parker Higgins, an activist for Electronic Frontier Foundation, compared the policy to the Orwell novel 1984, presenting parts of the policy alongside similar quotations from the book. While comical, his message is clear to his followers, whether we like it or not, we are living in a technologically prying society.

Though a controversial week for Samsung, the electronics giant has addressed the issue. Publishing a blog post titled, “Samsung Smart TVs Do Not Monitor Living Room Conversations”, the company has tried to reassure consumers that its policy is based on sharing information with a speech recognition provider (Nuance Communications Inc), not advertisers. Samsung argue that the features are optional and that unless you opt in, you won‘t be connected to the third parties, “Samsung will collect your interactive voice commands only when you make a specific search request to the Smart TV”

However, it isn‘t just Samsung that is supposedly playing Big Brother. In order to fight off competition, companies have to become omniscient to stay ahead of the game. User profiling, fitness applications and technology involving GPS all provide businesses with consumer information. Not only can voices be recognised, but customer calorie consumption can be recorded, alongside online tastes and spending habits. This is great news for companies but bound to leave some consumers feeling disgruntled. 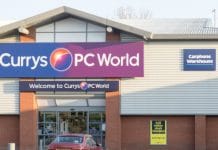