With the launch of the highly anticipated Apple Watch looming, experiential agency Fizz has found that almost half of Britons are willing to spend £111 on a newly launched piece of wearable technology, equating to £35m across the UK adult population.

Online research proved to be the most common way people learn about the products, with two in five (41%) opting for this method, followed by recommendations from friends and family (32%) and social media reviews (23%), before ultimately purchasing in-store.

The importance for retailers to invest in their in-store offering and online presence was highlighted further, as the ability to touch the product or try it on is cited as the top reason why consumers are more likely to buy a piece of wearable technology in-store (41%). This is closely followed by in-store demonstrations explaining how the product works (31%) and expert knowledge from the retail assistant (28%).

The report also found that despite nearly half of consumers (48%) saying they had heard of the Apple Watch, which is rumoured to launch early this year, only one in five of these people (21%) know how it will work and what it can be used for. Similarly, even though a third (33%) of consumers have heard of Sony‘s SmartWatch, only 16% of these people know what the product does. 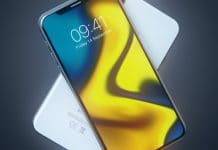