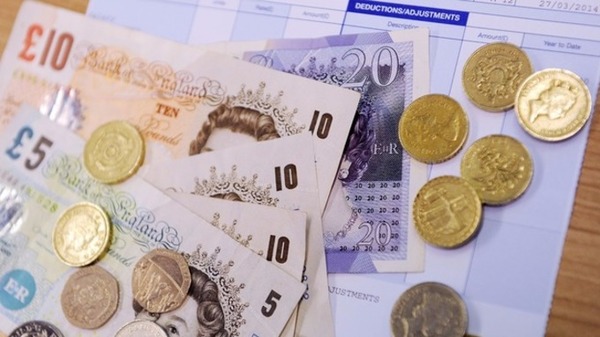 In his recent pre-election speech, we heard Labour‘s leader Ed Miliband promise to raise minimum wage to £8 per hour, and “fight” to abolish “exploitive” 0 hour contracts. Similarly, the Conservatives have taken on ethical characteristics by David Cameron proposing “fairer” zero income taxes for minimum wage earners and plans to raise the 40p threshold to £50k earnings.

But, how well are our biggest retailers following audited behaviour in trying to align their wages with an appropriate living wage?

Calculated by the Living Wage Foundation, the living wage falls at £7.85, or £9.15 in London. Well known high street and grocer retailers‘ hourly wage rates can start as low as £6.50 at entry-level standard, falling at minimum wage.

Community campaigning company, Citizens UK, issued a concerning report this week that exposes the widening gap between commodity giants and their employees. The report claimed that the employers of 5m retail workers in the UK are being “subsidised” by the taxpayer, as their staff are forced to take benefits, such as tax credits to supplement their incomes. The results spotlight Labour‘s argument in which they believe that Britain‘s wealth is not effectively trickling down the workforce line as well as the Conservatives had hoped.

Citizens UK pursued their results with an open letter to chief executives Lord Simon Wolfson at Next, Dave Lewis at Tesco, Andy Clarke at Asda and Mike Coupe at Sainsbury‘s, calling on them to pay the living wage. The non-profit organisation also reports that Next‘s staff are forced to claim £67m in benefits each year in an attempt to have a “basic living standard”.

A spokesman from Next claims that the company is aware of its employees‘ needs and subsequently the company‘s entry-level wages were increased by 6% last year. The company‘s CEO Lord Wolfson said that he will go without a bonus this year to supplement other employee‘s wages. The board will see a rise of “at least 5% in the October annual review.”

In light of these notions to change bottom-level wages, the question is posed for the full-time in-between level waged workforce. The type of people who are working more then their contracted hours without reaping the benefits, the type of people whose wages aren‘t being raised and are being taxed more then what‘s worth for the extra work.

Helen Dickinson, Director of British Retail Consortium, cites that the average retail wage and benefits package is equivalent to around £8.40 per hour, set slightly above the living wage. Dickinson does promote the flexibility of retail jobs, but is focusing on “Working out new ways to combine this flexibility with more senior roles and higher levels of pay,” and she has pointed out that people working part-time do not always have the same career progression opportunities than those who work full-time.

Next‘s spokesman also identifies the underrepresentation of part-time workers, such as students and weekend working staff. “Everyone‘s circumstances are the same, and retail wages provide many families and students with a valuable source of additional income.”

However, Next isn‘t the only retailer in the exploitation limelight. As well as the big grocers Tesco, Asda, and Sainsbury‘s, it was revealed that French Connection neglected to pay £16,436.05 to 367 workers. The Government found that 48 retailers collectively had arrears adding up to £165,000 owed to their underpaid staff.

Business Minister, Jo Swinson, said: “There’s no excuse for companies that don’t pay staff the wages they’re entitled to – whether by wilfully breaking the law, or making irresponsible mistakes.

The Government is protecting workers by cracking down on employers who ignore minimum wage rules. In addition to naming and shaming, we’ve increased the penalty fines and boosted the resources available to investigate non-compliance.”