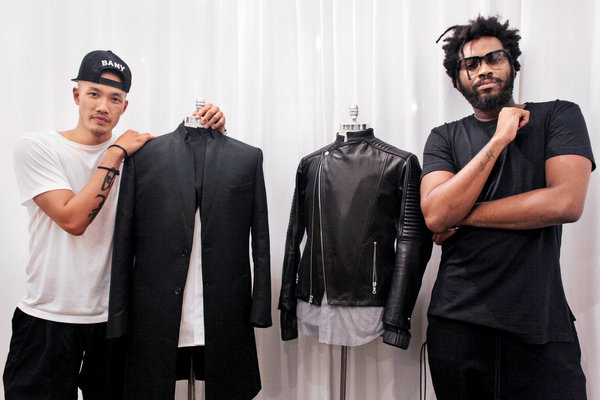 In a bid to keep up with changing consumer tastes and to connect its brand with younger generations, DKNY has announced that it is appointing retailer Public School‘s Maxwell Osborne and Dao-Yi Chow as its new Creative Directors.

The announcement follows DKNY using celebrity star names to push the company‘s status forward among younger consumers. Both Cara Delevingne and Rita Ora have promoted the retailer, with the latter‘s influence pushing perfume sales across the brand by a massive 249%.

DKNY is responsible for 80% of Donna Karan International, making it a big move for Osborne and Chow, who have only recently started dabbling in womenswear – last season to be precise.

Nonetheless, the creative duo could provide the retailer with the enlightening overhaul that it needs. The twosome won the CFDA award for menswear designers of the year in 2014 and will continue to split their time between Public School and the New York based retailer.

“DKNY has always been a part of the landscape of this city in our formative years as designers and as New Yorkers”, Chow and Osborne commented in a press release.

The pair originally met while working for clothing label Sean John and have focused their careers on menswear. With ‘gender neutral‘ clothing a big thing in 2015, Osborne and Chow might be just what DKNY needs to reconnect with youngsters today.

Apple‘s Hector Muelas will also be joining the company, in another fashion/technology mash-up. He will be in charge of e-commerce and all things digital , aiming to push the company‘s standing.

All eyes will be on Osborne and Chow as they unveil their first DKNY collection at September‘s NYFW – It‘s all change for the retailer in 2015 .

Rent the Runway to permanently close all its physical stores