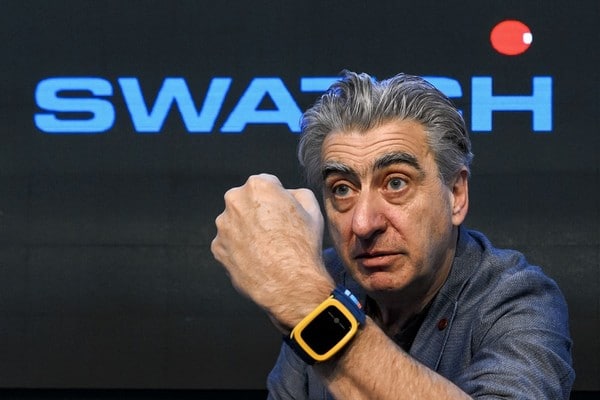 Last year, Hayek dismissed smartwatches, waiving screens that were too small, batteries that were too weak and designs somewhat inelegant, particularly for customers who were partial to timeless brands like Swatch‘s Breguet.

But in March earlier this year, Hayek said that he had found a way around all of the above, by making its existing watches a little smarter with the wireless technology (or NFC). Igo

The cheap programmable chips, Swatch’s riposte to the Apple Watch, will allow wearers to make payment with a swipe of the wrist, according to Reuters. Hayek said watches with the new chips would cost around £3.6 more.

Hayek said the company has received more than one proposal from major companies since then on how it could build a “social community” with the technology.

Hayek also said the Swiss watchmaker will soon announce a new partnership with a global credit card company, adding that credit card companies liked the fact that the chips were independent of the watch’s battery.

“You are totally independent and that’s what they love,” Hayek said. “It’s a much easier way for payment and more secure than if you have a display and you have to recharge this whole operation.”

“Whoever brings a battery for a smartwatch to the market that you don‘t need to charge for six months has a competitive advantage,” Hayek said, indirectly referring to Apple whose smart watches will require daily charging. “We‘re working intensively on this problem with our research group Belenos and battery producer Renata. Next year we will come to the market with a revolutionary battery, not only for watches but also for automobiles.”

Hayek also cited that the new battery could also be used in cars. 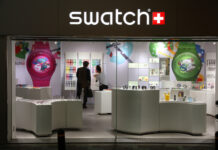