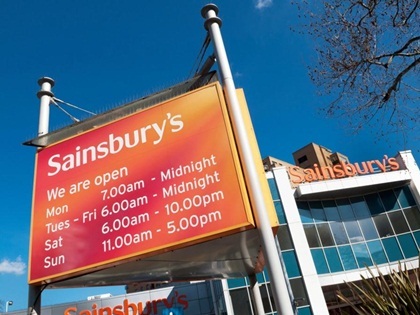 When Chancellor George Osborne unveils the government‘s new Budget on Wednesday July 8, the current restrictions on Sunday trading hours in England and Wales could be lifted, allowing shops to remain open and trading longer on Sundays.

The current law only allows smaller shops to stay open all day, but restricts those over 280 sq m (3,000 sq ft) to six hours.

The proposal will give elected mayors and councils the power to relax laws within their constituencies with the hopes of boosting the local economy.

What about smaller stores?

James Lowman, CEO of The Association of Convenience Stores thinks that the liberalisation of Sunday trading hours could see smaller shops struggle with the competition.

“The short period of time that small stores are open while large stores are shut is a crucial advantage for convenience stores, most of which are owned by small businesses.  Liberalising Sunday trading hours would make some small stores unviable…” he said.

The move by the government to devolve power to local authorities could also lead to “inconsistency and confusion” for businesses and shoppers.

He added “we will simply see the same amount of trade spread over more hours and shifting from small stores to large stores, as was the case when the laws were suspended for the 2012 London Olympics, when overall retail sales actually fell.”

ACS research conducted in February 2015 by ComRes shows that 76% of the public support existing Sunday trading regulations. Of those who are in favour of change, 60% called for greater restrictions on trading hours.

These results were reflected by ACS‘s CEO, Lowman: “existing Sunday trading laws are a popular compromise that balance the needs of consumers, shop workers, small stores and families.  Over three-quarters of people like the laws as they are, and fewer than one in ten people want to see longer Sunday opening hours.”

The move is also likely to face opposition from religious leaders and groups, though all stores will continue to remain closed on Easter Day and Christmas Day.

The Chancellor said that there was a “growing appetite” for shopping on Sunday and The Treasury was influenced by data following the eight week suspension of the law during the Olympics in 2012, which delivered a 3.2% rise in sales during September alone.

However, according to ACS research, during the temporary removal of Sunday Trading rules during the Olympic Games, sales actually declined by 0.4% overall, with some smaller retailers reporting a sales decline of up to 20%.

Meanwhile, Treasury appointed research conducted by the New West End Company (which represents more than 600 businesses in London) suggested that two extra hours of Sunday trading could create nearly 3,000 jobs in the capital.

It said such a move would also generate more than £200m a year in additional sales in London.

The Chancellor also said that “there is some evidence that transactions for Sunday shopping are actually growing faster than those for Saturday.

“The rise of online shopping, which people can do round the clock, also means more retailers want to be able to compete by opening for longer at the weekend,” he added.

High Street shops have been coming under growing pressure from online retailers, which now account for 11% of retail sales overall – rising to 17% in the month before Christmas of last year.

The change to Sunday trading hours would therefore put bricks-and-mortar retailers on a level playing field with ecommerce players.