How much would it take for you to stay with your current company for another five years?

Perhaps sportswear giant Nike offered its Chief Exec a blank cheque in the hope that he‘d stay, since Mark Parker has been awarded $30m (£19m) in exchange for half a decade longer with the retailer – a package equivalent to ten times Parker‘s typical annual share bonus.

Parker has been Nike‘s long-standing CEO since 2006, starting his career in 1979 as a shoe designer. Because he has served in a variety of roles throughout the marketing and design functions, he has a 360 ° view of the business.

Parker’s future bonus  was revealed n a stock market filing from Nike which said: “In view of the company‘s strong performance under Mr Parker‘s leadership and to provide an incentive for Mr Parker to stay for at least the next five years, on June 30, 2015, the committee granted to Mr. Parker the opportunity to earn a restricted stock unit award with a target value of $30m representing 277,727 shares of our Class B Stock based on the closing price on the grant date.

60% of the award‘s maximum value is based on the Company‘s performance, and also will not be earned unless Mr Parker remains employed with the company.” 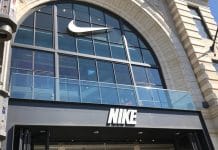