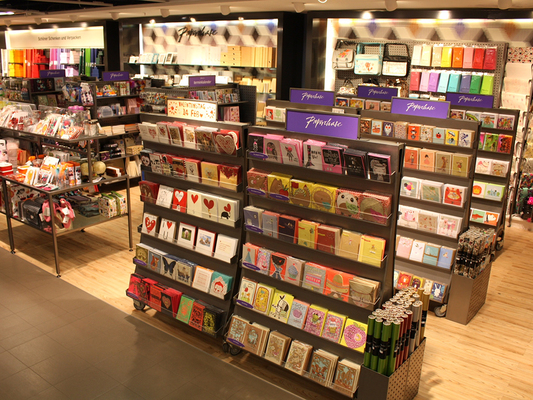 Paperchase has grown sales 7% to £128m for the year 2014/15, with online sales up by 42%. The business is thriving, but is there something missing? Contenders don‘t seem to recognise the value.

In 2004 Paperchase was acquired by the US-based Border Group, but when the latter ran into financial difficulty in 2009, the upmarket greeting cards retailer took the business back into private ownership a year later.

Since its acquisition by Primary Capital, the number of UK stores has more than doubled to 125, and there are a further 30 UK concessions.

Naturally, Primary assumed they had groomed the stationery specialist so well that it was attractive enough to generate high levels of interest, possibly even a £150m sale. Interest it did receive, from both UK and international buyers, but when the firm launched a strategic review last year, it concluded that none of the “several offers” properly reflected the “full potential of the business”

The company has continued to expand internationally, with new concessions in France, Germany and the Netherlands, as well as Paperchase products being launched in 1,200 Staples stores in the US. The company is also in the process of opening concessions in Hudson‘s Bay stores in Canada.

“The economic environment and retail market remain challenging but our results prove that Paperchase is very well-positioned as we continue our investment programme.”

He continues: “Over the past year we opened 10 UK standalone stores, ramped up our multi-channel offer and expanded our international presence. In addition, we continued to push into the highly attractive US market through launching our relationship with Staples.

Trading so far this year has also been encouraging with strong like-for-like sales growth both in the UK and overseas and we‘re delighted with customer reaction to our new ‘Treat Me‘ reward card program. These are exciting times for the Paperchase brand.”