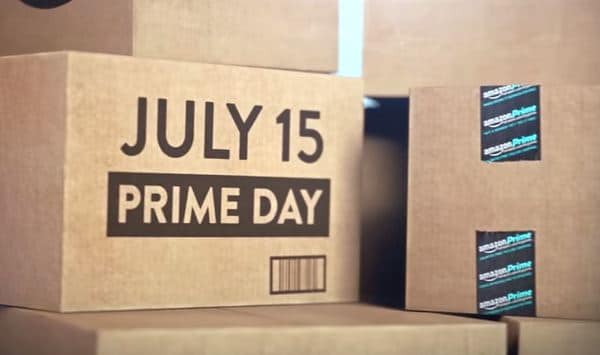 Amazon‘s ‘Prime Day‘ sale began in earnest yesterday, as over-hyped Prime subscribers navigated their way through thousands of discounted products. By midday merchants involved in the one-day sale saw an 80% rise in US sales from a year earlier, according to preliminary data from e-commerce sales tracker ChannelAdvisor, and by the end of the day that number jumped to 100%. But Prime Day also frustrated several customers.

Amazon shoppers vented through social media that deals were either not worth it, or selling out too quickly and before long, Twitter was awash with tweets including a #PrimeDayFail hashtag.

One shopper tweeted “Remember when Peppermint Patty went to Charlie Brown’s house expecting turkey, but got popcorn and toast? Its [sic] kinda like that! #PrimeDayFail” and another wrote “Dear @amazon to punish you for this #PrimeDayFail I will be ordering a stick of gum a day for the next 30 days & choosing 2 day delivery.”

Adobe Digital Index said that 50% of overall Prime Day sentiment on social media was about disappointment.

“Much of the disappointed chatter focused on the lack of blockbuster deals,” it said.

An Amazon spokeswoman said the retailer was listening to its customers and planned to add more deals like TVs, although at 3.25 ET time, Amazon released a defensive statement from Greg Greeley, Vice President Amazon Prime:

“Prime Day peak order rates have already surpassed 2014 Black Friday. Prime members have already bought tens of thousands of Fire TV Sticks, 35,000 Lord of the Rings Blu-Ray sets, 28,000 Rubbermaid sets, and 4,000 Echo devices in 15 minutes. The Kate Spade purse was gone in less than a minute. We also sold 1,200 of the $999 TVs in less than 10 minutes. And there are thousands more deals coming.”