The UK’s biggest cash-and-carry operator, Booker, has been given the green light by the Competition and Markets Authority (CMA) to acquire convenience retailers Londis and Budgens.

The £40m takeover, announced in May, will strengthen Booker’s high street presence, alongside its Premier and Family Shopper brands.

The CMA revealed today that it cleared the deal after launching an investigation in July. The decision paves the way for Booker Group to acquire 1,630 Londis convenience stores and 167 Budgens franchise outlets.

Londis and Budgens are currently owned by Ireland-based Musgrave Retail Partners and made an operating loss before exceptional items of £7.4m in 2014.

Charles Wilson, Chief Executive of Booker Group, said: “We are pleased that the acquisition of Londis and Budgens has been cleared by the CMA. This will help strengthen our support for independent retailers throughout Great Britain.”

Booker said in a statement that the acquisition is expected to be completed on or before September 14th. The Londis and Budgens brand names will remain after the purchase. 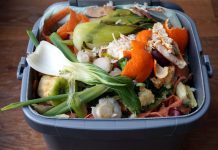 How can retailers tackle food waste?