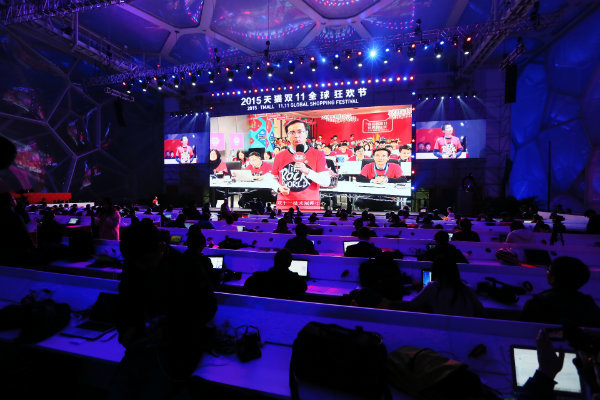 The global ecommerce giant announced on Wednesday that the yearly online shopping extravaganza generated $5bn in the first 90 minutes. To put that in context, it‘s estimated that this year‘s Black Friday will generate £1bn in online sales in Britain, less than a third of what Alibaba made in an hour and a half.

“This year, Alibaba Group has transformed 11.11 into an unprecedented mobile shopping experience,” said CEO of Alibaba Daniel Zhang. “Over the course of the 24-hour marathon, consumers will have a new surprise every hour that has been especially tailored for mobile users. The whole world will witness the power of Chinese consumption this November 11.”

China‘s ecommerce market is heavily based on mobile phones, which are the primary method for internet access in the country. In a recent interview with Retail Gazette, Alibaba‘s UK MD Amee Chande said that “mobiles are the most common form of shopping online. Because of that companies work harder and the bar is higher for attracting customers. There is more innovation around ecommerce and mobile shopping.”

Traditionally Alibaba has always invested a great deal in the 11.11 holiday. In previous years, hourly results were displayed outside the company‘s headquarters in Hangzhou.

This year Alibaba has engaged in an ambitious plan for international expansion in an effort to provide more foreign goods for eager Chinese customers. For example, United Biscuits recently signed an agreement that will allow them to sell McVities‘ biscuits online in this year‘s sale.

“At each 11.11, Alibaba‘s infrastructure is put to the test and our technological capabilities are taken to the next level,” Zhang continued. “Last year, we handled a record-breaking 80,000 orders at peak per second at peak. This year, we expect to handle 120,000 orders and 60,000 payments at peak per second. It will be a proud achievement for us.”

Over 6m products from more than 30,000 brands, sold by over 40,000 merchants are on sale this year. It is unknown if there are any concrete plans to bring the event to the UK in the near future.