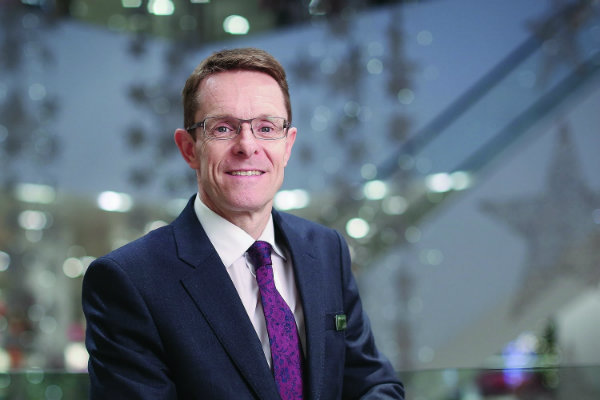 Andy Street was at the MIPIM is promoting the growth of Birmingham as the Chairman of the Greater Birmingham and Solihull Local Enterprise Partnership (LEP).

Having been born in the UK’s second largest city, Street took on the role of chairman in 2011, and has helped bring about significant investment in Birmingham. Over the last two months, the Canadian Pension Plan Investment Board (CPPIB) bought stakes in both the Grand Central Shopping Centre and the £1bn Paradise Regeneration Scheme in the city centre.

“The Midlands is undergoing a remarkable economic resurgence, underpinned by the talent, infrastructure and support that the region offers to businesses large and small,” said Street.

Last year alone, over £1bn was invested in Birmingham. John Lewis opened its new flagship store at Grand Central, whilst other retailers such as Apple also invested in new outlets. Hammerson, now the joint owner of Grand Central as well as the Bullring, is also planning to build a new 12 acre shopping complex in the city.

The new “Midlands Engine” initiative is designed to attract a further £14bn of funding from Midlands LEPs and key foreign markets such as China and the US. Revealed today at the MIPIM, the scheme aims to create 178,000 jobs, 32,000 new homes and 57.9m square feet of property space. It is currently seeking investors.

“Launching the Midlands Engine Pitchbook demonstrates how the region has developed a coordinated approach to targeting new investment; by working together, we have a stronger voice and more compelling story to tell the world,” Street continued.