The chief exec of the UK‘s competition watchdog has written to the European Commission voicing his concerns about the merger between Hutchinson 3G UK and Telefonica UK.

CK Hutchinson agreed to a £10.5bn purchase of O2 from Telefonica in March of last year, with the intention to combine O2 with its own network, Three. This would make Three the largest mobile network provider in the UK, but would also reduce the number of major competitors in the market to three, an outcome that was quickly labelled harmful for the industry by critics of the deal.

“While I appreciate the considerable efforts made by the Commission to explore remedies with the merging partiers that seek to eliminate the adverse effects identified, it is clear that the remedies offered fall well short of what would be required to meet the relevant legal standard, as detailed in our case submissions,” said Alex Chisholm, Competition and Markets Authority CEO, in his letter to the European Commission.

The “remedies” offered include Hutchinson selling some of its airwaves and mobile masts in order to make way for a new major market competitor. Tesco has been preparing to purchase O2‘s stake in its own mobile network, which could eventually allow it to take a more major role in the market.

“The only appropriate remedy that would meet the criteria that the Commission is bound to apply (i.e. that the remedies eliminate the competition concerns in their entirety, are comprehensive, effective and capable of ready implementation) is the divestment – to an appropriate buyer approved by the Commission – of either the Three or O2 mobile network businesses, in entirety, or possible allowing for limited ‘carve-outs‘ from the divested businesses,” Chisholm continued. “The divestment would need to include the mobile network infrastructure and the sufficient spectrum to ensure a commercially viable fourth mobile network operator in the UK. Absent such structural remedies, the only option available to the Commission is prohibition.”

This letter reiterates the position held by other mobile network providers. Ofcom CEO Sharon White warned in February that reducing the number of major players from four to three would harm both the high street customer and the competition that drives the industry.

“This is not a broken market,” said White. “Last year, UK mobile firms generated £15bn of revenue. Competition, not consolidation, has driven investment.”

The Commission has until 15 May to reach its final decision. 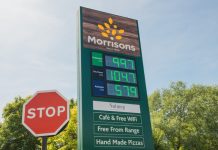 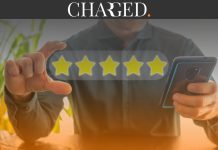 Government legislation to clamp down on fake reviews, online rip-offs and rogue traders