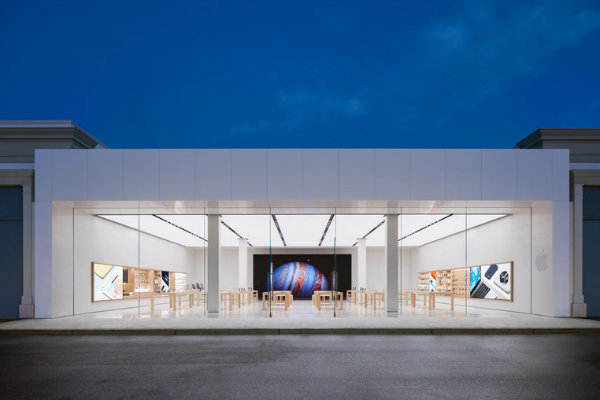 Around the world Apple stores are undergoing a refurbishment that will see classic stores taking on a new design.

The global rollout is being headed up by Apple Design Chief Jony Ive and Angela Ahrendts, Apple‘s Head of Retail. Stores in Belgium, Tennessee and Brussels have already debuted the new look, as will the company‘s new flagship San Francisco store when it opens this weekend. The new designs will be featured across Apple‘s estate, giving stores a way to stand out even in crowded locations.

Each store will utilise more wall displays for items such as headphones, with the intention to leave table displays less cluttered. The stores will also feature new wooden tables, designed by Ive, that include motion sensors used to conceal power outlets.

Late monitors will be introduced in each Apple location for displaying and even demonstrating Apple products and services for customers. The monitors will reportedly cost $1.5m per location.