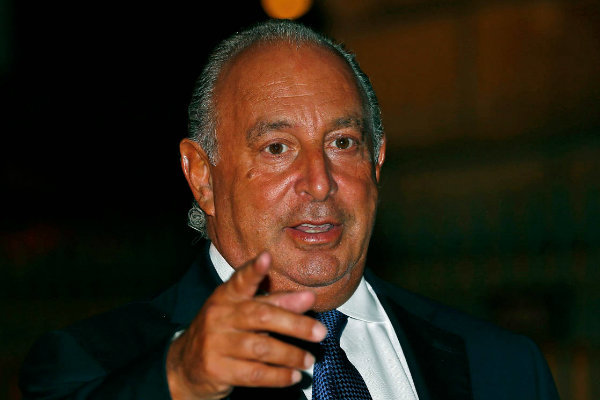 Sir Philip Green has labelled the chair of one of the committees that will be questioning him as “prejudiced”, and has called for him to stand down.

The former owner of BHS has responded to statements from Frank Field MP, Chair of the Work and Pensions Committee. Field spoke derisively about Green‘s tenure at BHS, calling him a “master of bullying” with a “moral duty to make good the pension scheme…”

“… If he doesn‘t, while I can‘t speak for the committee as a whole, I personally would recommend he should lose his knighthood,” Field claimed.

“Clearly, he has made his decision as to what he feels the punishment should be without even hearing any evidence from anybody about BHS or the circumstances of the last 15 years,” Green said in response to what he called Field‘s “outrageous outburst.”

The committee chaired by Field is scheduled to begin its inquiry on Monday.

“I think Mr Field needs to stand down from the inquiry immediately as he is clearly prejudiced.”

Green has defended his actions at BHS, clarifying that the £571m pension deficit was based on the cost of a buyout from the fund by an insurance company and, as such, is higher than if it were taken on by the pension protection fund. He has also reportedly offered to pay £80m in cash, though half of this generous gift would be written off as a loan to BHS.

The committees investigating the fall of BHS will take evidence from parties that had a role in the company‘s collapse, before questioning Green around mid-June.

The importance of retail design

Ikea profits increase as it pushes into new markets