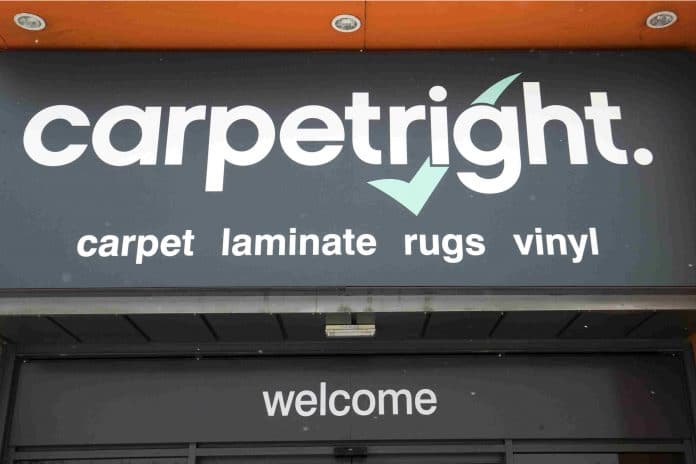 Carpetright has announced plans to pull the shutter on dozens more stores making hundreds of employees redundant as it continues its emergency restructure.

The struggling flooring retailer is set to axe around 300 jobs across 81 stores as it pushes ahead with its plans for a company voluntary arrangement (CVA) to avoid going under.

92 sites are now understood to have been earmarked for closure and 11 have already ceased trading. Carpetright is also understood to be seeking rent reductions on a further 113 stores amid CVA proposals.

Carpetright scrambles to secure funds as it plans for CVA

Landlords and shareholders are expected to vote on the planned rescue deal on April 26 and April 30 respectively.

“These tough but necessary actions will enable us to address the burden of a legacy UK property estate consisting of too many poorly located stores on unsustainable rents, and are essential if we are to restore our profitability and deliver a successful turnaround,” chief executive Wilf Walsh said.

“We will remain in close contact with all colleagues to keep them fully informed as we move through this process.”

British Property Federation (BPF) assistant director of real estate policy Stephanie Pollitt added: “These situations are never easy as landlords need to take into consideration the impact on their investors, including those protecting pensioners’ savings, as they vote on the CVA proposal.”

“Ultimately, it will be for individual landlords to decide how they will vote on the CVA, but the proposal has sought to find a solution that works for all parties.”