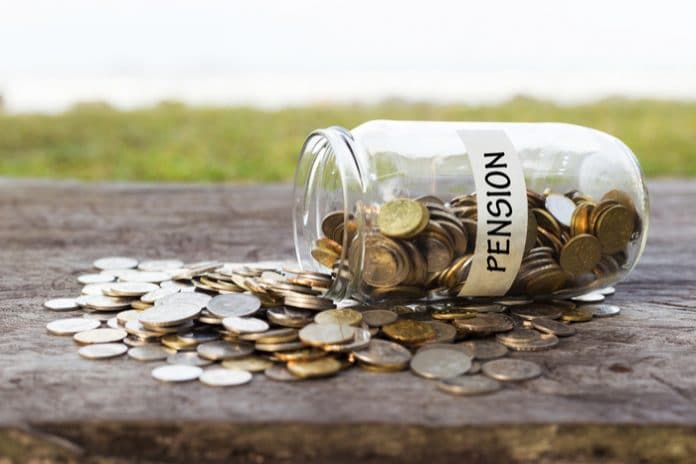 Last week it was reported that 2018 had seen a staggering 50,000 people lose their jobs, the majority of which were from the retail sector.

While pundits and workers’ representatives have been scrambling to establish the causes of this crisis and highlight ways in which these workers can be protected from further mass job losses, a longer term and potentially more damaging threat has been growing.

As of December last year, the pension deficits of the FTSE 350 accounted for around 70 per cent of its profits.

Just as with the job losses, an unbalanced portion of this stems from the retail industry. Collapsed retailers like Maplin and Toys R Us’ UK arm left behind substantial deficits for the Pension Protection Fund (PPF) to clear up, with the latter leaving a deficit of £38 million.

What’s more concerning is the ballooning deficits of those both on the brink of potential collapse and those who are relatively healthy in comparison.

House of Fraser currently has a pension deficit of around £100 million, Dixons Carphone’s stands at around £500 million, John Lewis’ is around £731 million, while Arcadia Group’s is nudging £1 billion.

Though this problem is not reserved for the retail sector, its current challenges have exacerbated the pension crisis to these astounding heights.

“The fundamental premise of any pension fund is that the business is working and performing at a level that it can afford its pension funds, we all know that retail at the moment is having a tough time”

“Recently the cost of funding these schemes has ballooned and the majority are closed to new staff.

“However, the ongoing cost has continued to grow due to a number of factors beyond the control of employers.”

These factors include that fact that people are simply living longer, meaning costs of providing income for life have grown. Retail also traditionally hires more women than men, who live longer on average.

“Traditional retailers have seen both turnover and profits challenged by the switch to online shopping,” Ingram said.

“This impacts short term profits and requires capital investment to adapt and survive.

“Sponsoring employers have less cash to inject into their schemes than in other industries with a more stable trading environment.”

A key figure on the front line of the current pensions crisis is Work and Pensions Committee chairman Frank Field MP.

Alongside pushing for The Pensions Regulator to be granted more power in an effort to pre-empt and avoid a pensions black hole when a company collapses, Field is famously unabashed about questioning companies’ bosses on just how these deficits were allowed to get so big.

According to remuneration, business growth and cultural transformation consultant Jane Williams, this could be because businesses are forced to allocate their increasingly limited funds into areas which aim to ensure the future of the business, therefore away from paying into the pension fund.

“The fundamental premise of any pension fund is that the business is working and performing at a level that it can afford its pension funds, we all know that retail at the moment is having a tough time business wise,” she said.

“The issue will come back to what the business models can afford, and also if the schemes are still active, will the employees want to pay more?

“The company has money available for investments and thinks what do I need to invest in and what should we do about the pension liability, they have to decide what the best thing to do is in terms of future investments which may well affect the long term viability of the business. It’s not an easy issue or an easy decision to make.”

What’s more, it’s possible that these figures aren’t quite as bad as they seem. Deficits are based on actuaries’ assumptions of how long people receiving their pension may live, therefore they can never be truly accurate. Other factors like policy changes and accounting techniques may also skew the projected liability figures.

That said, this will provide little solace for those employees whose pensions are in potential danger.

Following the collapse of BHS, the idea that you could be left with a reduced pension if a company you hadn’t worked for for years suddenly collapsed, was suddenly thrown into the spotlight.

One of the only measures in place to stop this happening is the PPF, which is funded by a levy from other pension schemes.

Aside from the PPF, which can only act after a company has collapsed and left a deficit it cannot pay, it is largely down to the employee to act in protection of their pensions.

“If the trustees are concerned a sponsor could become insolvent, they have a duty to not let members pull out the full transfer value and leave everyone else in limbo”

If an employee is particularly concerned, they have the right to transfer their benefits to an alternative scheme.

However, Paul McGlone, a partner at risk and retirement consultancy firm Aon, said that if a business were in danger they may not receive their entire transfer value.

“If the trustees are concerned a sponsor could become insolvent, they have a duty to not let members pull out the full transfer value and leave everyone else in limbo,” he said.

“If you look at a scheme and the trustees are saying we will let you take your full transfer balance out, they normally have a high level of confidence the employer will be able to pay their benefits.

“If the trustees say we’re reducing transfer values by 25 per cent because you’re only getting your share of what’s in the pot, that’s a sign they are concerned because they’re looking to protect remaining members aswell.”

McGlone added that the PPF was a “very, very good” system which often meant former employees got “every penny they expected”.

Having struggled for over a year to persuade Sir Philip Green to contribute to £360 million to BHS’ £571 million deficit and leaving thousands of people still facing a cut to their pensions, its efficacy is clearly finite.

As the PPF is the sole barrier between a pensioner receiving the full amount they are entitled to and losing thousands of pounds for the mistakes of their former employer, it is down to retailers to address their ballooning deficits before they become unmanageable.

Otherwise, they face having to deal with even more damage to retail employees who are fast losing faith in the industry.