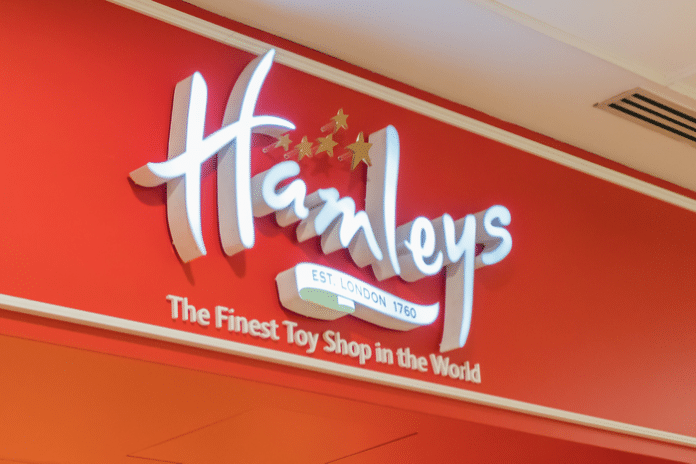 Sports Direct and The Entertainer are among the many retailers reportedly interested in acquiring heritage toy retailer Hamleys.

According to Sky News, Hamleys’ current owners, China-based C.banner International, has said a few retailers have expressed an interest in the business.

Irish toy retailer Smyths is also on the list of retailers reportedly interested in making an offer.

However, formal bids are not due until after Christmas.

Sources told Sky News that Sports Direct chief executive Mike Ashley – whose firm also owns department store House of Fraser – would be an unlikely frontrunner in acquiring Hamleys unless a secure deal at a knockdown price is affirmed.

Earlier this week, Ashley’s £40 million interest-free loan offer to Debenhams in order to sustain it was refused by the latter’s chief executive Sergio Bucher.

C.banner paid around £100 million for Hamleys in 2015 and is now reportedly eyeing a potential £90 million sale for the toy retailer, which recorded a £12 million annual loss in October.

Should a sale be successful, Hamleys would experience a change of ownership for the fourth time in 15 years.

There are currently 129 Hamleys globally, operating in markets such as Germany, India, Russia, Ukraine and China.

Hamleys opened a 115,000sq ft store in Beijing in 2015, after Chinese President Xi Jinping did a state visit to the UK in celebration of C.banner’s takeover of the retailer.