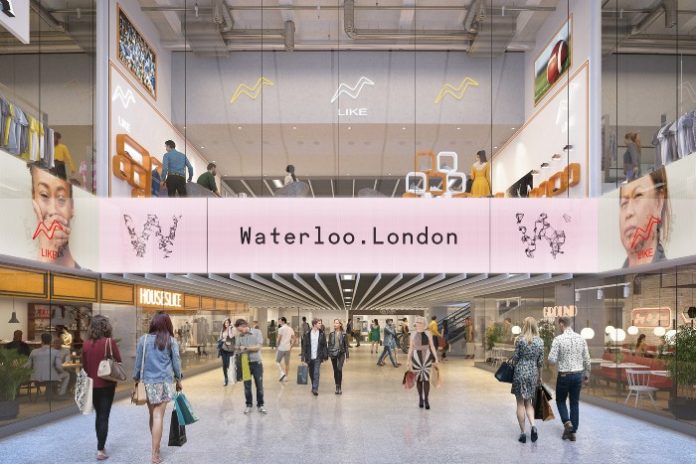 New details have emerged about the planned retail transformation of the former Eurostar terminal at London Waterloo train station.

Opening in spring 2021, the Waterloo.London scheme will feature 40 glass-fronted retail units over three floors in the form of an upmarket shopping mall.

The development will also feature a mezzanine and public spaces along a new pedestrianised street called the Waterloo Curve.

The new scheme is being delivered by London and Continental Railways (LCR) – the UK government-owned property development firm and the company behind the retail-led rebirth of St Pancras International train station.

LCR said it planned to attract a broad range of local, independent and national retail and leisure occupiers to the new scheme.

It has already signed Time Out Market as an anchor tenant, consisting of 17 restaurants and three bars across two floors.

“Brands will have a truly unique opportunity to tap into a market of Waterloo’s 100 million passengers, the 20 million tourists that visit the South Bank every year, and its surrounding vibrant community and growing office population.

“The future of retail will be defined by the availability of new and exciting experiences for consumers, and we’re excited to kick start this transformation by creating a destination inspired by the creative spirit of Waterloo.”

Planning approval for the Waterloo.London scheme, brought by LCR in partnership with the Department for Transport and Network Rail, was granted by Lambeth Council in November 2016.

At the time, it was estimated it would cost £60 million.

Waterloo.London forms part of the £200 million revamp and upgrade of Waterloo train station as a whole.

Once open, the new retail scheme will bring the former Eurostar terminal, designed by Sir Nicholas Grimshaw, back into use after almost a decade.

The terminal, located on the western side of Waterloo, was the London terminus of the Eurostar international rail service from November 1994 until November 2007 when it was replaced by St Pancras International. 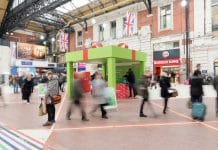 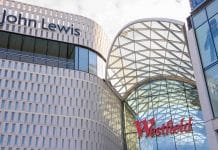