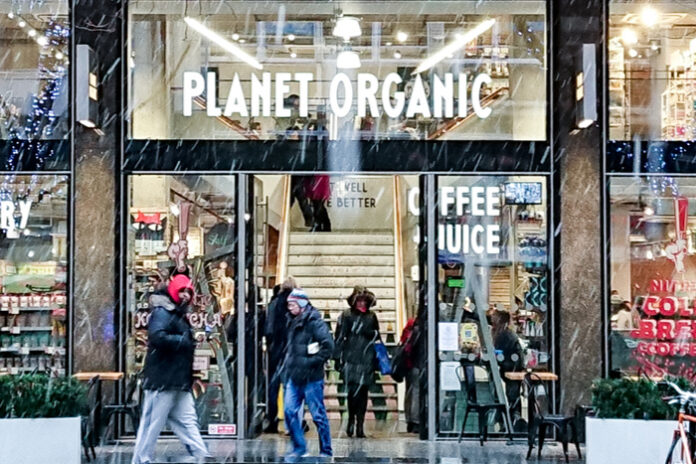 Health-focused grocery retailer Planet Organic is set to go fully nationwide for the first time as it expands its online business across the UK.

According to PA Wires, the London-based retailer plans to expand its home delivery operations across the UK after seeing the spike in demand for online groceries following the Covid-19 pandemic.

Planet Organic currently has 11 London stores and its online offering was limited to the city.

READ MORE: Planet Organic to double store numbers in the next 4 years

However, it has now invested to offer its full range to customers around the UK for the first time.

“If you would have asked me about our plans for ecommerce in January, I would have said it was an important area but not necessarily a priority,” Planet Organic chief executive Peter Marsh told PA Wires.

“It’s an area which has been historically difficult to make profit and our locations in London have been doing well.

“But Covid has created a set of circumstances where we wanted to offer as much as possible outside of our stores, so now we think it is a great opportunity to reach out to more regional customers.”

Two weeks before the first lockdown in March, Planet Organic expanded its store operations with the acquisition of rival As Nature Intended.

In recent months, the retailer has closed two of the acquired sites but said it expected to open another two locations in London suburbs over the next year.

Marsh said its stores in London suburbs performed “solidly” through the pandemic as workers stayed at home.

However, he said its food-to-go and city centre stores had a “disastrous” few months due to fewer tourists and office workers.

He said this only stressed Planet Organic’s need to strengthen its online offering.

“We’ve invested heavily in digital, digital marketing and fulfilment logistics as well as in the packaging solutions and the recycling systems put in place around them,” Marsh said.

“Our customers outside London frequently ask for nationwide delivery on our fresh food and drink range, from kombucha to organic fruit and veg.

“And now, in making all items available for delivery, we bring our differentiated offer to the whole of the UK.”