// Mark Constantine, the boss of the cosmetics retailer said staff in the country are safe but stores have been closed

// Lush is one of the few British companies to have stores in the country, including six in the capital Kyiv

The founder of cosmetics retailer Lush has revealed all his staff in Ukraine are safe but that 15 stores across the country have been closed as Russian troops advance on major cities.

Mark Constantine said he had received messages from staff saying they remain shocked but secure, although Lush’s manager in Ukraine reported he could hear explosions not far from his home.

The boss told the PA news agency: “Colleagues are letting us know exactly what it sounds like from their apartments. It’s very scary.

“They’ve told us attacks have started all over Ukraine. They’ve had explosions one kilometre from their homes.

“They’re safe but staying home and I’ve asked how we can help our staff.”

Lush is one of the few British companies to have stores in the country, including six in the capital Kyiv. A further two are in Lviv, three in Odesa, two in Kharkiv and one in Zaporizhzhia.

All sites will remain shut as the country is thrown into turmoil and Constantine said support is being offered, including distributing products to people affected by the invasion.

He said: “We’ve asked if there’s some way we can get the stock in our shops to some place where people can get access to it to help them through the difficulties.”

Lush also has stores in Russia and Constantine said staff there have been equally shocked by the situation in neighbouring Ukraine.

He said: “We’ve been discussing what to do with Russia.

“The guy who runs our Russian business is from Ukraine and none of them expected this.

“They thought it was political posturing and that they would get away without this happening, so they’ve been very surprised.”

Simon Nicholls, Lush’s business development manager, who oversees the company’s operations in Ukraine and Russia, added: “We’re in touch with our leadership team there and so far they are in touch with all of the staff.

“We’ve got 15 shops in Ukraine and have been there since 2009. We have contact directly or indirectly and everyone is safe so far but as you can imagine the shops are shut, locked and lights are out.”

He added: “Our country director was only a couple of kilometres from the first strikes in Kyiv, so it really brings it home.”

The manager said it seemed unlikely that new sanctions would impact the Russian business, which continues to trade as normal.

He added: “The team in Russia is equally as horrified as we are in what’s happening. What people have tended to forget is that a lot of Russians have family in Ukraine, including our colleagues.” 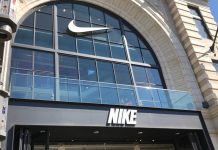