Online retailer and marketplace eBay is to host the final day of its pop-up shop in London today, the company‘s first foray into a physical high street presence in the UK.

Located in London‘s Soho, the store opened on December 1st 2011 as the retailer wanted to ensure a presence during yesterday‘s predicted ‘Super Sunday‘, when 5.8 million customers were expected to shop at its online store in its busiest day of the year.

A UK first, the store allows shoppers to scan QR codes with their smartphones to purchase Christmas gifts and other items as the company seeks to merge traditional shopping with modern digital platforms.

The eBay Christmas Boutique has over 350 products from 35 retailers and top-sellers and the company claims that those involved have been hugely positive about the strong stream of customers visiting the Dean Street offering.

Miriam Lahage, Vice President of Global Fashion at eBay, explained that the increasing popularity of m-commerce makes this an ideal time for such a venture.

“It‘s been a natural evolution that lines between online and offline have been blurring and we‘ve seen more and more this year that people want to shop with their mobiles,” she told Retail Gazette.

“We wanted to have an inspirational moment with our customers and allow them to connect with eBay via their smartphone, their mobile or tablet.

Creating the boutique in the heart of London, the company hoped to connect with festive shoppers already in the area and remove the “ordeal” of shopping during such a busy period.

Oxford Street was closed to traffic for a second day on Sunday amid fears that shoppers may be crushed on pavements narrowed by construction, so it seems that Lahage‘s vision to gain a presence in a busy location was realised this weekend.

Lahage played an integral role in eBay‘s Fashion Outlet, which unveiled an advertising campaign in October and allows shoppers to buy direct from well-known brands at a fixed price.

“The outlet has really exceeded our expectations as more and more brands want to be a part of it and more and more customers are interested in it,” she explained.

“Having easy returns policies and a level of customer service you expect to have from an e-commerce shop is something that has resonated with our customers. It is the only outlet mall that is online in the UK so we seemed to have filled a niche that was driven out of customer insights.”

While the outlet has helped to drive sales, it is hoped that the pop-up store will perform equally well. Charity Save the Children has partnered with the retailer in the venture and asked celebrity patrons and friends to make bags aimed at raising funds for the cause.

Around 20 designer bags are available, donated from celebrities such as the Prime Minister‘s wife Samantha Cameron, whose Jimmy Choo offering has proved most popular.

Although the boutique has attracted high levels of footfall, operating a one-in one-out policy at one point last week, there are no immediate plans for a follow-up store as the retailer waits to identify future trends before capitalising on them.

“My sense is that we will need to continue to innovate in order to ensure we are answering the needs of the customer as they determine when they want to shop and how, whenever they want.” 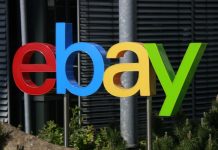