Supermarket giant Tesco has today announced a development in its plans to leave the Japanese market, confirming an agreement with retailer Aeon.

This follows ongoing attempts to remove the holdings of 117 small stores under Tsurakame, Tesco and Tesco Express banners.

Japanese retailer Aeon has been sold what has been viewed as a ‘nominal sum‘ of 50 per cent of its equity and the deal will create a joint venture in which the UK grocer will inject around £40 million to restructure the business after which ‘no further financial exposure to the Japanese business or its operations‘ is expected, according to the retailer.

Challenges of the Japanese market have led to the retailer‘s keenness to remove itself from a climate which is limiting as a result of a traditional supply chain, few buyers for its stores and a weak consumer.

Jon Copestake, Retail Analyst at the Economist Intelligence Unit, suggests that many other big name retailers have incurred difficulties moving into a flooded convenience Japanese market.

“Japan has proven difficult for Western retailers to crack, and Tesco is by no means alone to have struggled, despite building up 117 outlets there. In 2005 Carrefour exited Japan after just five years,” he commented.

“WalMart has also failed to make a dent, and is now targeting acquisitions thanks to weak organic opportunities.

“Metro, the other big global player, has only a very limited presence, just nine wholesales stores based in the Tokyo metropolitan area.

“To some, this may further signal Clarke‘s intention refocus on the UK, but the fact is that Tesco‘s supermarket format and product mix, even toned down, did not suit a market that dominated by convenience.”

Funded withdrawal is seen as the best option in this instance due to ongoing significant losses of around £30 million.

Trading from less than 120 small stores in a market of 110 million is a unique position for the ubiquitous business and Tesco CEO Philip Clarke is said to be eager to focus on smaller developments in Central Europe while rationing capital in the Fresh & Easy stores in the USA.

Tesco has completed a relinquishment of its bank from the Royal Bank of Scotland conglomerate, allowing the company to concentrate on more productive channels of the business.

Clive Black, an alayst at Shore Capital, believes this move out of Japan was inevitable.

“Tesco has been subscale in Japan for some years now,” he told Retail Gazette.

“It has not been able to make developments in its supply chain. The Japanese market is structurally different and Tesco have been unable to pursue traditional development.

“This (agreement) is confirmation of the exit.” 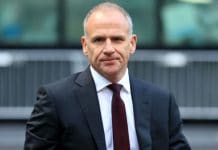