UK retail sales declined 0.1 per cent in December, according to figures released today, a greater drop than experts had anticipated and increasing fears of a “triple-dip” recession.

According to the Office for National Statistics (ONS), the quantity of goods bought increased by 0.3 per cent year-on-year over the month, representing the lowest year-on-year growth in December since 1998, when extreme weather conditions affected sales.

“In line with the BRC/KPMG statistics already released, these figures reflect a fairly flat end to 2012,” he said.

“Consumers held off spending until the last possible moment, hoping for bargains, which pushed Christmas spending into the last two weeks of the month and put retailers under intense pressure to cut their prices to boost sales.

“Whilst some retailers have reported a strong end to the year, with the total picture being flat, some of the bad news is clearly yet to emerge.

“As was the case last year, 2013 has begun with some big names being forced into administration reflecting in particular the shifting sands caused by the advancement of technology.”

Non-store retail saw an 11.8 per cent year-on-year volume rise over the period, emphasising the growing chasm between online and traditional sales, while clothing sales reported a 0.7 per cent increase following significant declines over the previous two months due to poor weather.

Over the quarter as a whole, sales declined 0.6 per cent and Vicky Redwood, Chief UK Economist at analyst firm Capital Economics, said that the drop may have far-reaching implications.

“Sales in the fourth quarter as a whole dropped by 0.6 per cent (compared to the 0.9 per cent increase seen in Q3). This provides yet another bit of evidence that next Friday‘s preliminary estimate of Q4 GDP will show that the economy contracted at the end of last year.

“Although retail sales account for only a third of total consumer spending, spending off the high street will have needed to do fairly well to have prevented overall spending from falling in Q4 too.

“December‘s drop in the official measure of retail sales volumes confirmed that it was a fairly lacklustre festive period for the high street and provided more evidence that the UK has slipped into a ‘triple-dip‘.” 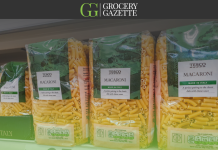