Schuh is to open its first shopping park store at Glasgow Fort this month, as the Scottish shopping centre secures pre-lettings ahead of a £9m summer extension.

The footwear retailer, which agreed a deal with property investment trust British Land, has agreed a 10 year lease on a 6,500 sq ft unit.

Dan Clark, Senior Asset Manager for British Land, said: “schuh is a fantastic addition which will bring even more variety to Glasgow Fort and further strengthen the retail line up.”

Retailers such as Chisholm Hunter, Office, Jack & Jones and Swarovski have also recently chosen Glasgow Fort for their first out of town stores.

Phil Whittle, Head of Store Operations at schuh, added: “schuh previously operated a concession within the Republic store at Glasgow Fort and is excited to be returning to the park with the full dual fascia line up of schuh and schuh kids in time for the peak ‘Back to School‘ and autumn selling seasons.” 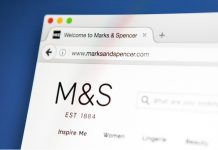 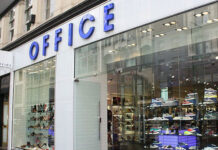