Independent mobile phone retailer Carphone Warehouse has posted an 8.3 per cent rise in like-for-like revenue for the first half this year compared to the same period last year.

The group, which in April agreed to buy back Best Buy‘s stake in its European joint venture for £47m, said sales were improved by more contract connections which helped balance the struggling prepay market.

It is on the verge of launching 4G across Europe and confirmed it had reduced its marketplace activity in the run-up to the launch.

“We invested in our brand and our channels during the period to reposition Carphone Warehouse and make our role within mobile retailing clearer than ever,” he said. “We are in excellent operational shape to take advantage of the key Christmas trading period and are encouraged by the growth of 4G as it starts to arrive across all the major networks.”

Virgin Mobile France, which is 46 per cent owned by the retailer in a joint venture, suffered a 12.6 per cent decline in revenue as l-f-l results proved less impressive than ones posted in the first quarter. 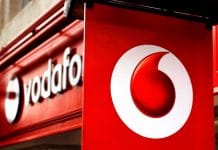