Independent mobile phone retailer Phones 4U, was left no alternative other than to file for administration on Sunday 14th, worrying 5, 596 members of staff. The closure follows network operator EE‘s decision not to renew its contract with the company (which ends in September 2015).

In April 2012, Three was the first to terminate its trading relationship with Phones 4U in order to focus on a direct strategy with its customers. Just under two years later, O2 did the same and in a domino effect, Vodafone followed suit a fortnight ago. With EE left as the sole remaining network, Phones 4U was no longer able to offer customers a choice. Given that 3 mobile giants chose to stop supplying, EE‘s decision to stop selling through the retailer was imminent but their move came as a shock to private equity firm BC, who acquired the business in March 2011.

Stefano Quadrio Curzio of BC said:

“EE‘s decision on Friday is surprising in the context of a contract that has more than a year to run and leaves the board with no alternative but to seek the Administrator‘s protection in the interests of all its stakeholders.”

The announcement comes just after thousands of iPhone 6 pre-orders were placed, orders which are now being cancelled and leaving customers disappointed and irritable.

In a statement issued by the company, Phones 4U said:

“Any orders that have not already been dispatched will be cancelled any and any payments refunded to customers. Phones 4u apologise for any inconvenience”

Phones 4U, which is responsible for more than one in every five new phone connections in the UK, has a turnover of over £1bn. EE, which is understood to make up around 50% of the phone retailer‘s sales, made its decision after a strategic review.

“In line with our strategy to focus on growth in our direct channels and to move to fewer, deeper relationships in the indirect channel, and driven by developments in the marketplace that have called into question the long term viability of the Phones 4u business, we can confirm that we have taken the decision not to extend our contract beyond September 2015. We will monitor developments and work to provide any necessary support for customers who joined EE through Phones 4U.”

Moves were made by the major mobile network operators in spite of the retailer‘s profit margin hitting the £105m mark in 2013. This highlights a tactical shift towards handsets and contracts being dominated and sold through network operators‘ own distributions channels and yet, newly formed Dixons Carphone‘s shares have risen since the collapse of its main competitor. It wasted no time in exploiting the opportunity to attract Phones 4U customers by offering comfort on its website. Currently, a banner on the company‘s home page displays a message that says: “If you are a Phones 4U customer, find out how we can help”.

The rival retailer has also expressed an interest in helping Phones 4U staff secure new jobs and fill some of the 1,500 positions it has available currently.

Phone 4U‘s 720 outlets did not open yesterday and the website has been replaced by a message and a sad face emoticon. This is pending a verdict by the administrators on whether or not the retailer can resume trading. Customers on existing mobile contracts signed through Phones 4U will be unaffected.

Accountancy firm PwC has been appointed as the administrator for Phones 4U‘s 720 outlets, including 550 of its own stores. Rob Hunt, joint administrator and PwC partner has said that talks with network operators and suppliers would be held in order to seek funds. PwC hopes to pay the arrears of wages to the almost 6,000 employees. 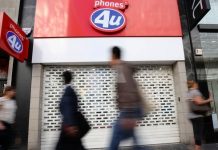 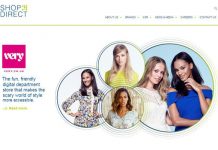