Tesco‘s new boss Dave Lewis started his role a month earlier than originally planned on the 1st of September. Tesco suffered a heavy loss of shares which fell to 230p, their lowest in 11 years and this lead to more than £1.3bn being wiped off Tesco‘s market value. The new boss says that Tesco needs a fresh perspective and is not planning to make any hasty decisions. Currently Tesco have been losing out to no-frills chain stores such as Asda, Lidl and Aldi.

Lewis from Unilever, in his first public comments said “I needed to find out for myself whether I can lead a whole business. Some people think that is crazy given some of the jobs I have done but actually I don‘t think you know whether you can truly lead a business until you sit in that seat. The bit that is interesting is that I have never run a shop in my life. Phil Clarke is a great retailer. The issue for Tesco is, is that what they need now? Because great retailing in that seat hasn‘t been the thing that has worked, so they do need a fresh perspective.”

The reason for Dave Lewis‘ start date being brought forward was due to another profit warning last week, it seemed clear that the supermarket was desperate to turn things around. His predecessor Phil Clarke who became chief executive in 2011 was ousted in July after a second profit warning. Tesco had a bad start to the year after poor Christmas sales and begun the year in the midst of a profit warning, a heavily publicised £200m price cut campaign was also launched.

Tesco has slashed its interim dividend by 75% and said it would have to cut its capital expenditure by £400m this year. It is clear that it will not be an easy job for Lewis to get the supermarket out of danger as he faces three major challenges. He will need to find a way of appealing to customers once again, who seem to be going after stores using more modern technology such as click and collect.

The superstore will need to pull their share prices higher, as it is at its lowest in this decade, sales will also need to be grown back into a positive territory. And finally the slide of market share will need to go back up. The new boss is urging his half a million staff members for suggestions of how to help to improve the troubled retailer.

“Clearly we all want to see an improvement in performance but I won‘t take any hasty decisions,” he said in the memo. “I will always communicate openly and transparently with you and I‘d like to encourage the same from you in return, for the sake of immediacy, please send any comments or ideas to me by email.” 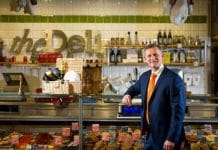 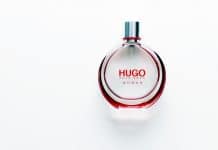