Thousands of female shop floor workers are taking legal action against supermarket chain Asda with the assertion that they are paid unequally to their male counterparts in warehouses.

Asda, whose taglines in the past include “Why Pay More?”, “Always Low Prices… Always” and “That‘s Asda price”, is up against thousands of its female employees who are claiming men are paid more to carry out jobs of equal value.

Law firm Leigh Day said that since it revealed in April of this year that it was to represent 400 Asda employees, it has been approached by more than 19,000.

The case has the potential to become the largest ever employment claim in the private sector, lawyers at the firm have said. If Asda, which employs 170,000 staff working across 370 stores and 23 depots, loses the claim, it could be forced to pay staff the difference in earnings going back as far as six years

“In stores, the checkout staff and shelf-stackers are mostly women. The workers in the warehouses are pretty much all men. And, as a whole, the group that is mostly men gets paid more,” said Michael Newman, a discrimination and employment law expert at Leigh Day.

“Our investigations suggest that the job descriptions are pretty much the same. Warehouse staff are responsible for taking items off shelves, putting them on pallets and loading them into lorries. Supermarket staff do the reverse: taking the pallets off the lorries, unstacking them and putting the items on the shelves. Where the jobs are not similar, we still think they are of equal value.”

A spokesperson for Asda insists that the supermarket chain does not discriminate based on gender. Speaking of the situation, they said:

“A firm of no-win, no-fee lawyers are hoping to challenge our award-winning reputation as an equal opportunities employer. We do not discriminate and are very proud of our record in this area which, if it comes to it, we will robustly defend.”

Asda has been hit a few times recently, including having to recall an exclusive product just last week. Customers who had purchased batches of Prosecco Spumante Extra Dry wine were asked to return them following on from complaints about the bottles shattering.

The Italian wine, which is available at Asda in the UK only, is priced at a modest £5.48 and has had certain lot numbers recalled as a safety measure. 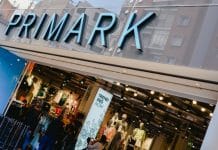 Primark promises not to raise prices 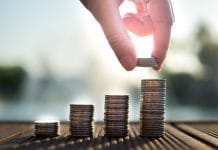 Retailers lighting up the party