The Apple watch is set to grace the cover of Vogue China this coming November. Famous Chinese model Liu Wen will be wearing the watch with her arm placed across her waist so the gadget is in clear view positioned in the centre of the page.

Apple is hoping the Vogue cover will hit back at people criticising the look of the design and labelling the watch as ugly.

The Apple Watch has previously appeared at Paris Fashion Week and the Apple Watch designer Jony Ive has been interviewed by Vogue. Editors were invited to have an exclusive look at the Apple Watch in Paris. Karl Lagerfeld and Anna Wintour were amongst the audience of the highly anticipated preview. The breakfast launch took place in famous French boutique Colette.

The Apple Watch will also appear in a fashion spread in the Chinese November Vogue issue. Numerous styles of the watch were worn alongside high fashion and couture clothing.

Apple previously tried to target music fans with a free download of U2s new album which was far from well received. Will the fashion elite be more accepting? High fashion magazine readers are tech savvy. Luxury fashion brand Aspinal of London acclaimed Marylebone Tech Tote has an integral mobile phone and IPad battery charger pack. The reason for specifically working with Chinese Vogue will be down to their dominance of women buyers especially in the luxury good sector. The Apple Watch is priced at $349 and will supposedly launch in ‘early 2015‘. 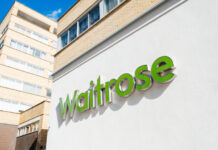