Ironically National Chocolate Week (yes this is actually a thing!) coincides with news that chocolate company Thorntons sales have dropped by 12.8%.

Today‘s morning trading has reported a 12.8 percent drop in first quarter sales. Profit has fallen in the retail division by 10.9% to £20.6 million, whilst divisional sales have plummeted by 12.8% to £20.8 million.

The confectionery has blamed the timing of commercial orders for their drop in sales. However the company has recently closed many of its stand alone stores and instead focused on pushing sales of their products in supermarkets and other outlets.

“As we said in September we anticipated that sales for this quarter would be below last year as a result of the increasingly fluctuating order patterns in our UK commercial channel. These fluctuations will become more significant within the context of the company‘s performance as we continue to grow our FMCG business, making quarterly comparisons less meaningful,” said Chief Executive Jonathan Hart.

Like-for-like sales have fell by 3.7% since Easter and franchise sales have dropped by 19.1% due to timings of orders as well as franchisers experiencing a similar weakness in footfall.

The Sheffield based company was evidently affected by the financial crises and ensuing economic downturn. They initially planned a store expansion throughout the UK, but after published figures showed like-for-like sales in stores had fallen by 3.7%, Thorntons had to reverse plans on the expansion programme, instead deciding to focus on their online presence.

However not all is lost, Thorntons International sales have increased by 20.8% in the quarter compared to the previous year. As a result, the famous confectionary board remains hopeful and confident in meeting market expectations of £9.65m underlying pre-tax profits for the full year.

“Based on current visibility of orders we expect this to reverse in the second quarter and that we will see year on year UK Commercial sales growth in the first half, albeit at a more modest level due to strong prior year comparatives,” the company said.

“We continue to make good progress with our strategy of rebalancing the business and have exciting plans in place for the key Christmas season. We remain mindful that the economic situation is still challenging for many of our shoppers and trade customers, although our growth plans do not depend on an economic upturn.” 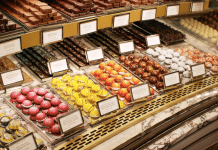 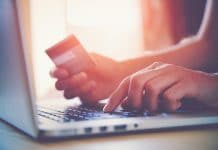 £7 billion to be spent across Cyber Monday and Black Friday 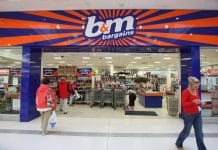 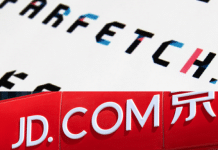