The ‘12 days of Christmas‘ is a peak period for brands to target the nation, especially with merchandise related to health and beauty.

According to insights released yesterday by eBay Advertising, consumers will tighten their belts within days of eating mince pies and drinking eggnog. After weeks of Christmas shopping, Britons shift their attention to themselves, focusing on kick-starting a more balanced lifestyle.

In the last week of December 2013, searches for “running shoes” on eBay.co.uk increased by 150% compared with the previous week, and searches for “sports bra” more than doubled in the same period. On Boxing Day alone, more than two pairs of trainers were sold every minute.

The esearch from eBay Advertising also revealed that searches for “juicers” increased by 75% in the week following last Christmas, compared with the previous week, highlighting huge potential for brands to nimbly tap into shoppers‘ transition in priorities.

Even during the Christmas week, consumers focused on detracting from damage caused by festive frivolities. Searches for “facial mask” on eBay.co.uk were more than five times higher in the week commencing 22nd December 2013 than in the previous week, demonstrating a chance for brands to engage shoppers with New Year messages even in the run-up to Christmas Day.

The New Year is an additional opportunity for brands to gain a competitive advantage over rivals as UK consumers appear to plan ahead for holidays. Searches for the word “bikini” leaped by 200% between December 2013 and January 2014, while searches for “beach towel” and “flip flops” increased by 140% and 90% during the same period.

Phuong Nguyen, Director of eBay Advertising in the UK said:

“We understand the importance of the festive season to brands but advertisers should not see the post-Christmas period as “dead time.” By combining insights from observed, not inferred, consumer behaviour, brands can capitalise on the shift in mind-set from gifting to personal goals. Brands that are able to harness the power of online to align nimbly with consumer sentiment stand to make considerable gains and increase their share of wallet.”

Pauline Robson, Director at MediaCom Real World Insight commented: “It can be easy for brands to overlook opportunities in what has traditionally been seen as the post-Christmas lull. However, for many shoppers this is a time to look ahead to the New Year, and advertisers need to keep pace with consumer interest if they are to remain relevant to their audience. Online insights offer an unparalleled opportunity for brands to better understand their audiences and rapidly take advantage of changes in behaviour to inspire shoppers and gain a competitive edge.” 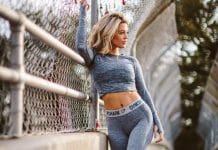 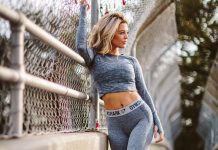 Gymshark in talks with advisers after sales skyrocket 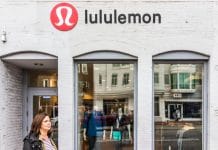