The return from advertising is famously uncertain. The decisions made by consumers can have such a complex range of motivations that it can be impossible to discern to what extent advertising has influenced any one purchasing decision.

A new analytics platform called Forecaster, created by online marketing specialists, Summit, is aiming to radically change the world of retail advertising by removing much of that uncertainty.

Forecaster hopes to answer two key questions for retailers when it comes to advertising: “how much should I spend and what return can I expect?”

“Predictive analytics is the most sophisticated and accurate form of campaign optimisation available and addresses the age old issue of establishing the correct budget,” said Hedley Aylott, Summit‘s CEO. “No more educated guesses and marketing based on preference – in trials with our major retail clients we‘ve seen Forecaster increase margins from campaigns by as much as 900%.”

Forecaster was developed over four years in collaboration with a team of PhD statisticians lead by Professor David Wooff from Durham University. The software uses vast amounts of internal and external data – from sources such as Google, transaction history, weather, location and stock availability – and applies statistical models to predict the likely sales from a given marketing spend.

“The distinguishing feature of Forecaster is the number of customer buying triggers that the platform uses to predict behaviour,” Aylott suggests. “No other platform on the market has as many and our use of TV is unique.

“We ‘fingerprint‘ TV ads by client and their competitors – when a TV ad appears, we instantly make changes to the client‘s online ads. For example, if PC World advertises a tablet, we increase bids for Argos tablet ads for a set period of time to ensure we capture people who go online to buy after seeing that ad.”

Forecaster has uncovered some data patterns during campaigns for clients like Argos that, while perhaps not surprising, are stunning in their specificity. For example, that 30 second television ads increase search engine traffic by 11% more than 20 second ads. Or that 100 extra paddling pools sell with each 1 ° increase in temperature above 20â„ƒ.

There is no doubt that this kind of detailed data will allow retailers to make more informed decisions about advertising – Aylott glowingly describes Forecaster as “as close as it gets” to having a crystal ball. The fact remains, however, that consumer behaviour patterns are unpredictable and being statistically correct is not the same as being right every time.

The Forecaster platform is available directly to retailers as part of Summit‘s online marketing service and will also become available as a stand-alone product at some point in the future. As well as Argos, Summit‘s other prominent retail clients include Three, Topshop and Homebase. 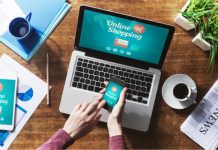 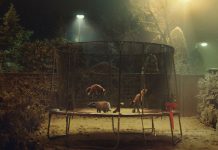 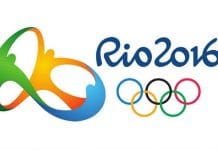 Rio and Retail: How the Olympics has affected online sales