Forget flying cars – Marks & Spencer are to begin selling boxes of free-range double-yolk only eggs this week. The British food, clothing and homeware retailer will sell the packs for £2.75 a half dozen. A normal box of six large eggs costs £2.

Only 0.1% of eggs have double-yolks in them, according to the British Egg Information Service. The abnormality derives from a hormonal imbalance in younger chickens. However, it is fairly common to find multiple double-yolkers in a single box becomes because normally flocks of laying hens are the same age.

To guarantee a full box of six, a bright light is shone on each egg to expose the revealing shadow of multiple yolks within the shell. This process, known as ‘candling‘, has to be done by hand.

Despite the recent trend for eschewing the egg-yolk in favour of the ‘healthier‘ white, the yolk contains the majority of an egg‘s vitamin and mineral content and nearly half the total protein. Egg yolk – practically a multi-vitamin – contains B12, B6, A, K, E and folate and is one of the very few foods to naturally contain vitamin D, which one in five Britains are estimated to be deficient in. The yolk also contains calcium, magnesium, potassium, sodium, selenium and iron.

M&S product developer Ali Rodham said: “We‘re really excited to be selling double yolkers. We think they‘re cracking, and we‘re sure our customers will too.

“Perfect for people who think the yolk is the best bit of the egg, double yolkers are not only delicious, but they are healthy too.”

Aldi to create 2,000 new jobs as it looks to recruit over 100 new British suppliers next year 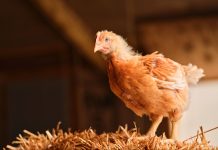 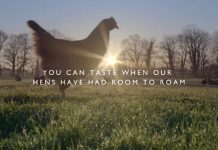 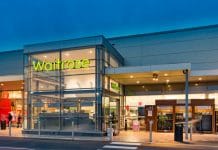