But for the purpose of this article, Retail Gazette is looking at tablets and smartphones for the apps. What could a retailer learn from apps? Well..

Tinder – they want it right now

It‘s been over two years since the launch of dating app Tinder, causing the world to pause and analyse instant gratification. Some say it isn‘t healthy, but that doesn‘t matter; as Paul Roberts puts it in his book The Impulse Society “our entire consumer culture has elevated immediate gratification to life‘s primary goal”.

Tinder bridges the gap between digital and physical dating, enabling users to feel instantly gratified, click-and-collect services can do the same for online and physical shopping.

“Giving the customer greater control in terms of how they receive goods, extends the customer relationship with the brand to include the last mile,” explains Paddy Earnshaw, Chief Customer Officer at Doddle, the parcel shop business run by Britain‘s railway infrastructure firm Network Rail.

There is an inherent element of delayed gratification in the online shopping experience, particularly with missed deliveries which see customers jump through hoops to get them. Enter Doddle, with changing rooms that allow consumers to ‘buy it and try it straight away‘ (in many cases wearing collected goods right out of Doddle stores), and in-store iPads to encourage shoppers to order alternative sizes immediately.

“We‘re currently looking at future versions of our app,” says Earnshaw, “one area we‘re investing in is beacon technology, which would alert our staff to a customer who‘s on their way, giving them time to have the parcel ready on for their arrival” – just what today‘s time-poor Tinder type needs. “Equally if that customer came within range of the store, we‘d be able to ping a message to let them know that they had a parcel waiting, and ask if they‘d want to collect it now or later” he adds.

Customers‘ need for instant gratification is evident in the time taken to collect parcels from a Doddle store which was found to be significantly low. “Where we expected customers to leave parcels with us for 2.5 days before collecting, the average dwell time is in fact, between 0.7 – 0.9 days. The fastest collection we‘ve had is around 40 seconds – proof that consumers want their parcels instantly” Earnshaw comments.

If retailers want to satisfy the demand for instant gratification, 24/7 customer care wouldn‘t go amiss, but with a more efficient execution of deliveries and returns, a need for the former might not be so apparent.

Candy Crush, the video game developed and published by King, has become the stuff of dreams for commuters, procrastinating students and even a bored MP.

Its sweet story includes golden cash cow status, having valuated at more than $7bn at its IPO last March. At the time, Candy Crush Saga‘s number of daily active users was 97m but within a few short months this number was falling, and so were shares. So what did King do? It released another game. Following the launch of Candy Crush Soda Saga in November 2014, the mobile gaming publisher made it to the next level, generating $546m in its fourth quarter.

King turned over more than $1bn in cash at the end of last year, “with literally no debt and very insignifican 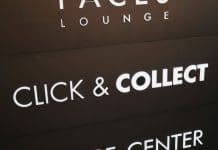 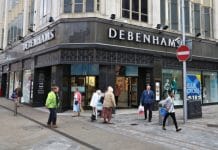 Debenhams rolls out Doddle click & collect points across all stores 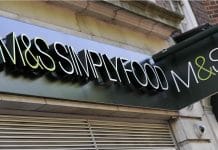 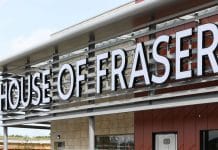