In December, London Gatwick celebrated its 5th birthday under independent ownership. To mark the occasion, Gatwick has announced a planned £1bn investment to transform the airport. The transformation will focus on the development of Gatwick‘s North Terminal, improving passenger experience as well as enhancing the airport‘s retail and food and beverage (F&B) offering.

The airport has seen a number of changes over the last five years and this planned investment will see further transformation to come. Passenger feedback highlights that the airport needs to provide more of a retail mix that‘s both on trend and relevant to help enhance the airport experience. The recent development of Gatwick‘s retail and F&B facilities has improved passenger choice, which has been a key focus area for Gatwick over the past few years, and this is only set to continue as the airport invests in its future.

In 2011, the South Terminal departure lounge embarked on redeveloping existing space and retail choice, adding 22 new stores to its portfolio including big names such as Aspinal of London, Joules, Ernest Jones and Snow + Rock – all airport firsts.

In 2013 a 6,500 sq ft flagship Harrods store was opened, focusing on fashion and accessories, which later picked up a ‘Best New Store for Fashion & Leather Goods‘ award at the Duty Free News International Global Awards for Travel-Retail Excellence.

A number of short term retail pop-ups have also been introduced across the airport, including; No.7, Bare Minerals, Cath Kidston, Havaianas, Hennessey and Pandora, which have proved to be particularly successful both commercially and in providing ongoing new and exciting brands for customers.

2013 was the busiest period of Retail and F&B development in Gatwick‘s history, as well as 22 new stores opening, 15 units across Gatwick‘s North and South terminals were completely refurbished. All of the new outlets at Gatwick have been selected based on passenger feedback who have requested a more premium and stronger mainstream offering both national and international brands.

Spencer Sheen, Head of Retail, London Gatwick, said the changes take airport shopping and the passenger experience to a whole new level, explaining that the “new retail space not only demonstrates our forward thinking but also our desire to deliver on what our passengers ask for, be it a luxury department store or a high-street favourite.

The results we have seen so far speak for themselves as more than 85% of our passengers have rated the retail outlets available at the airport as ‘excellent‘ or ‘good‘.”

These improvements have allowed London Gatwick to compete with Heathrow, Stansted – and other major European airports for airlines and passengers – head on for the first time since entering separate ownership. Gatwick has attracted 6m more passengers in the last five years and new figures recently released by the airport reveal how those passengers are interacting with the new Retail and F&B outlets. The average dwell time is now 71 minutes, with the average Retail & Catering spend per passenger now £30.

As part of the new £1bn plan, Gatwick‘s North Terminal arrival area will be fully refurbished and existing shops and facilities relocated to create a more spacious concourse area to help improve the travel experience.

£21m has been earmarked to create a world class new departure lounge within the North Terminal, which will see an expansion to the retail and restaurant space, with a total of 30,000 sq ft of new retail space created throughout the terminal. The new retail space will allow Gatwick to open a new World Duty Free, expected in 2017 to match the South Terminal, which became the world‘s largest Duty Free store when it opened in 2012. 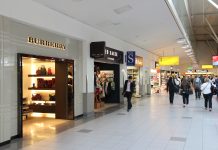 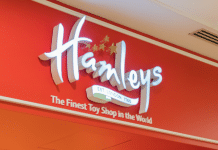 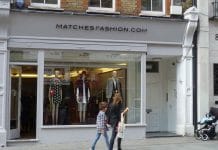 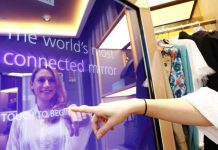 Revamp for Gatwick airport as 12 new stores to open Cath Kidston pops up at Heathrow